Ajinkya Rahane all set to move to Delhi Capitals, RR look to get Markande, Tewatia 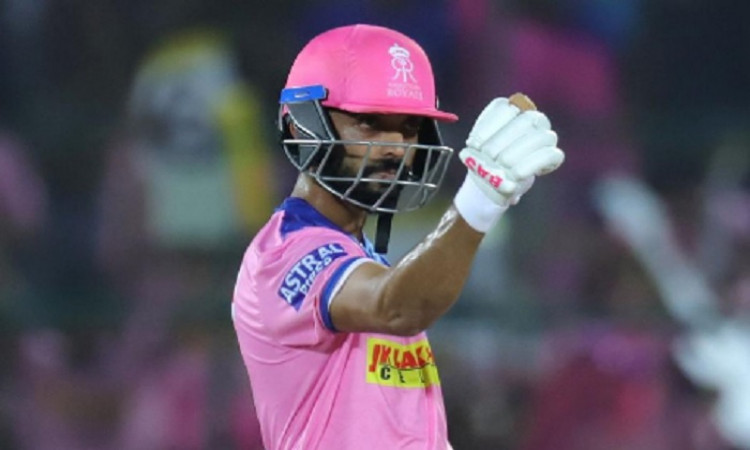 New Delhi, Nov 14:  India's Test deputy Ajinkya Rahane's move to Delhi Capitals is all but done with the franchise waiting for the final approval to come in from the Board of Control for Cricket in India (BCCI). In return, Delhi Capitals will give Rajasthan Royals Mayank Markande and Rahul Tewatia.

Speaking to IANS, sources in Delhi Capitals confirmed that Rahane's deal is all but done and an announcement should be made soon. "Yes, almost done. Just waiting for the signed papers to come in from BCCI," the source said.

IANS had reported DC's interest in Rahane back in August. This will be another big trade for for DC who have tried their best to revamp the team ever since the JSW Group came onboard in 2019.

While R. Ashwin was picked up last week, last season they brought in Shikhar Dhawan from Sunrisers Hyderabad and the result was there for all to see. Dhawan ended up hitting 521 runs at the top of the innings with five fifties and that was one of the primary reasons why DC managed to qualify for the playoffs for the first time since 2012.

A senior Rajasthan Royals official confirmed the development and said: "Yes, we are trading with DC and will get the duo of Markande and Tewatia in return. But yes, a final approval is awaited."

Commenting on Ashwin's inclusion, head coach Ricky Ponting had said: "Ashwin adds a lot of value to any team that he's a part of, and I'm sure it's going to be no different when he joins Delhi Capitals. It is no secret that the pitch on our home ground is on the slower side, and is known to assist spinners. I believe, Ashwin, with his clever bowling, will have a tremendous impact when he bowls on it."

Delhi Capitals co-owner Parth Jindal had said: "I would also like to take this opportunity to welcome Ravichandran Ashwin to the Delhi Capitals family. He's easily one of the best and most experienced spinners around, with a tremendous record in India and IPL colours. There's no doubt in my mind that Ashwin's presence will benefit our team tremendously, as we eye the big prize -- the IPL title."