New Zealand left-arm spinner Ajaz Patel on Friday said that the match was evenly poised at the end of the truncated first day of the second Test as they could stem the flow of runs by the Indian batters and kept them in check. 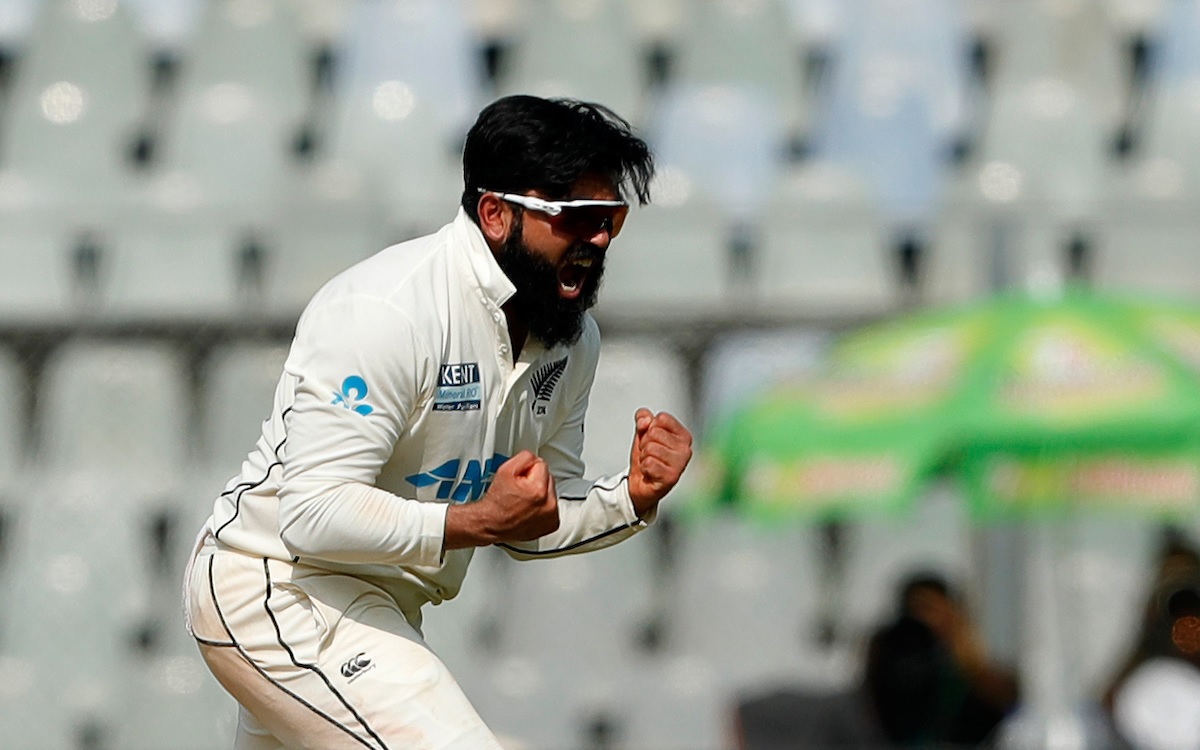 Mayank Agarwal scored a brilliant unbeaten century as the hosts reached 221/4 off 70 overs at stumps, and placed themselves in a strong position from which they can go on to post a big score and put the Black Caps under pressure as the pitch is expected to help the bowlers more in the coming days.

"I think it is evenly poised at this moment with India having some upper hand. We have done well to make inroads into their lineup. Yeah, it's a big day tomorrow, we have to make a good start again tomorrow morning," Ajaz said in a post-match press conference on Friday.

Patel stopped the Indian surge when he claimed three wickets in 10 deliveries before tea just when it was looking like the Indian openers were running away with the match.

The spinner said the New Zealand bowlers will hope to come back strongly on the second day on Saturday.

Patel said it was a special feeling to come back to Mumbai, the place where he was born, and pick up four wickets on the first day of the match.

"But the job is only half done. We have to make sure that we turn up tomorrow and work hard to take the last six wickets," he added.

The Kiwi cricketer said there was definitely assistance there for bowlers and there was bounce and turn. But the bowlers still have to work hard and give the ball a curl and put it in the right place.