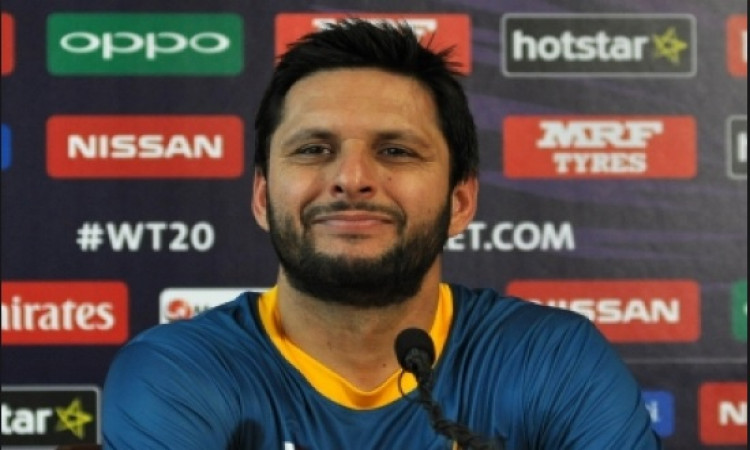 June 17 (CRICKETNMORE) Former Pakistan all-rounder Shahid Afridi was full of praise for Team India after their thumping win over Pakistan in the World Cup fixture at the Old Trafford.

It was a clinical performance from India in all the three departments as they defeated Pakistan by 89 runs (DLS method) on Sunday.

After the win, Afridi said that the standard of cricket being played by the Men in Blue has been "exceptionally high" in the ongoing tournament and credited the cash-rich Indian Premier League (IPL) for equipping youngsters with pressure handling techniques.

"Congratulations to BCCI on a well deserved win today. The standard of cricket being played has been exceptionally high and credit goes to IPL for not only helping identify and harness talent, but also in equipping younger players with pressure handling techniques," tweeted Afridi.

"Indian cricket invested everything in their first class cricket over the years. And we in Pakistan have hardly done anything for our first-class cricket," said Akram while commentating during Sunday's marquee clash which eventually turned out to be a one-sided affair.

"We (Pakistan) have been changing it every year. Our first-class cricket has been run by some random journalist for some odd reason and why for so many years," he added.

Pakistan have a horrendous record against India in the World Cups. The Men in Blue have emerged victorious on all the seven instances they have faced the 1992 champions in the showpiece event.