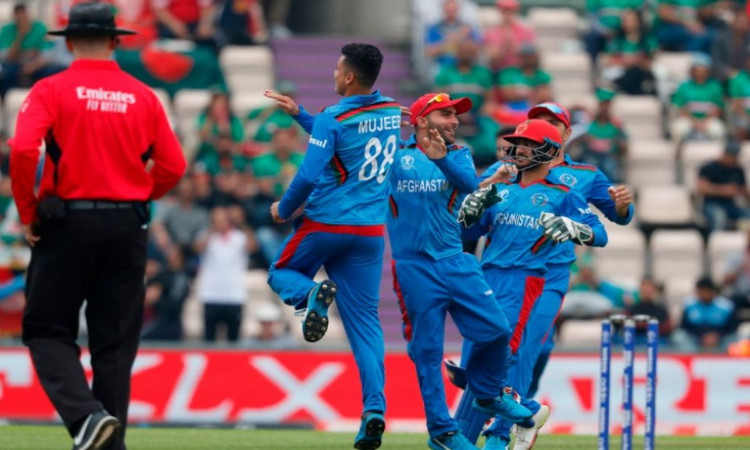 Mushfiqur's innings, which came off 87 balls, was laced with four bounaries and a six while Shakib's knock contained just a boundary.

For Afghanistan, Mujeeb Ur Rahman starred with the ball with figures of 3/39 from his 10 overs while Gulbadin Naib picked couple of wickets fro 56 runs. Dawlat Zadran and Mohammad Nabi also pocketed a wicket each.

Asked to bat, Bangladesh was off to a poor start as they lost opener Liton Das (16) in the fifth over with just 23 runs on board. It was Mujeeb who came with a early breakthrough as Liton, while trying to play a shot, handed a catch to Hashmatullah Shahidi at short cover.

Tamim Iqbal (36) and Shakib then tried to repair the damage as they both added 59 runs for the second wicket before Nabi rattled the former's stumps in the 17th over. Shakib was then joined by Mushfiqur in the middle and slowly took their side near the 150-run mark. Mujeeb once again struck in the 30th over, packing back a good looking Shakib to leave Bangaldesh at 143/3.

In his next over, Mujeeb accounted for the wicket of Soumya Sarkar, who departed after contributing with just three runs as Bangladesh was left reeling at 151/4. Mushfiqur and Mahmudullah (27) then shared a 56-run partnership for the fifth wicket as Bangaldesh crossed the 200-run mark in 40.5 overs.

Seven runs later, Naib dismissed Mahmudullah in the 43rd over. However, Mushfiqur kept the scorers busy before Zadran sent back him in the 49th over. Meanwhile, Mosaddek Hossain chipped in with valuable 35 runs down the order as Bangladesh reached a fighting total.