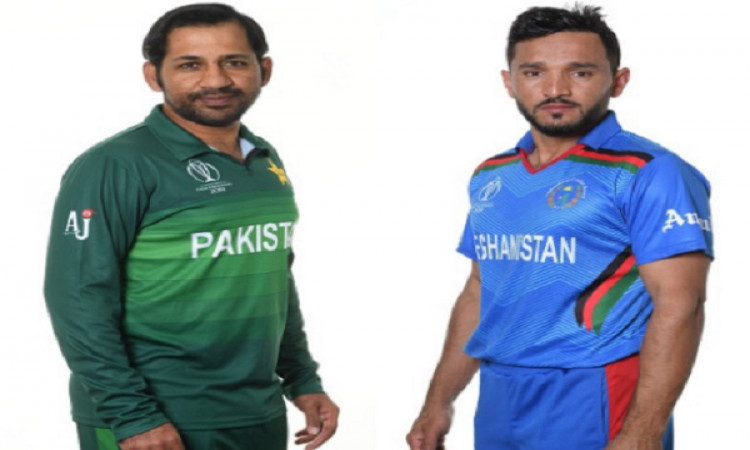 June 29 (CRICKETNMORE) Afghanistan skipper Gulbadin Naib on Saturday won the toss and elected to bat against Pakistan in their World Cup fixture at Headingley.

Afghanistan have made one change to their playing XI. They have included Hamid Hassan in place of Dawlat Zadran. On the other hand, Pakistan have gone with the same team that featured against New Zealand.

Also Read: Focus on India's no.4 as England must win to survive (Preview)

"We are gonna bat first, the wicket looks good. It's a sunny day and weather is warm, it'll help spinners in the second innings. Pakistan is a good side but we have defeated them in the warm-up game. We'll try to give our 100 per cent today. We are looking forward to put a good show. Hamid is back in the side in place of Dawlat Zadran," said Naib after winning the toss.

"We wanted to bat first as well but toss is not in our hands. Our bowlers are doing well, so we'll try to restrict them and chase the target. We are focusing on this match, not focusing on the next game. Wahab is fine, he's playing today, hence we are playing with the same team," said Pakistan captain Sarfaraz Ahmed.