India skipper Virat Kohli won the toss and elected to bat against Australia in the first Test of the four-match series beginning Thursday at the Adelaide Oval. 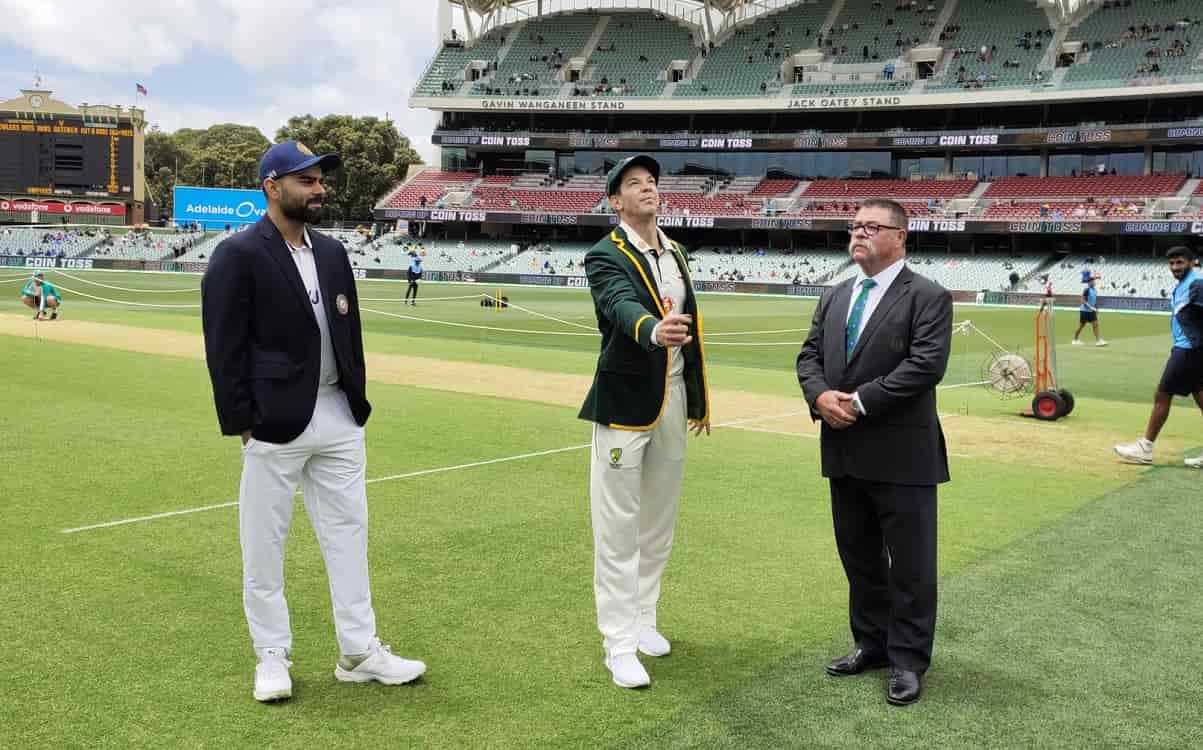 "We are going to have a bat. It looks a nice wicket, nice and hard. Runs on the board is priceless, more so away from home. Hopefully, we can put pressure on them. We've prepared really well and have played a couple of tour games as well," said Kohli.

India had already announced their playing XI on Wednesday for the pink-ball Test, choosing Prithvi Shaw and Mayank Agarwal as openers.

"We had everything clear on our end, that's why we announced our team yesterday. It was pretty okay. It wasn't that strange (their first pink ball Test at home). The evening sessions are going to be more challenging. Few changes here and there. But this is a different challenge," he added.

This is the only Test which Kohli would be playing in the series as he will return to India to be with his wife Anushka Sharma who is expecting their first child.

"For me it's all about helping the team win, whatever contribution I make. I wouldn't go out of my way to make an impact just because I'm playing one Test," said Kohli.

Australia have gone with Joe Burns and Matthew Wade as openers. Also, all-rounder Cameron Green makes his Test debut for the hosts.

"Message has been to keep things as simple as we can. We know what's expected, so just have to come out here and execute our plans. We are happy to be bowling actually. We would've liked to bat first, but the first session always has something in the wicket," said Australia captain Tim Paine.