The fourth edition of the shortest format of cricket, Abu Dhabi T-10 League 2021 will begin at Sheikh Zayed Cricket Stadium from 28th January 2021. eight teams will compete for the title to be played

The fourth edition of the shortest format of cricket, Abu Dhabi T-10 League 2021 will begin at Sheikh Zayed Cricket Stadium from 28th January 2021. Eight teams will compete for the title to be played over 8 days between 28th Jan - 6th Feb.

The first season of the T10 league was played in 2017, which was won by Kerala Kings. Only six teams participated in that edition.

In any foreign cricket league, Indian players are not seen very often. At times, only the retired Indian cricketers take part in the tournament. A few players, in the past, have stated their disappointment of not being able to play in the foreign leagues since the BCCI doesn't allow them. However, some Indian players will be seen playing in this T-10 League 2021 in Abu Dhabi. The names of these players are as follows.

1) Praveen Tambe - He is one of the big names in Indian domestic cricket. Tambe will be seen playing for Maratha Arabians in the T10 league this year. 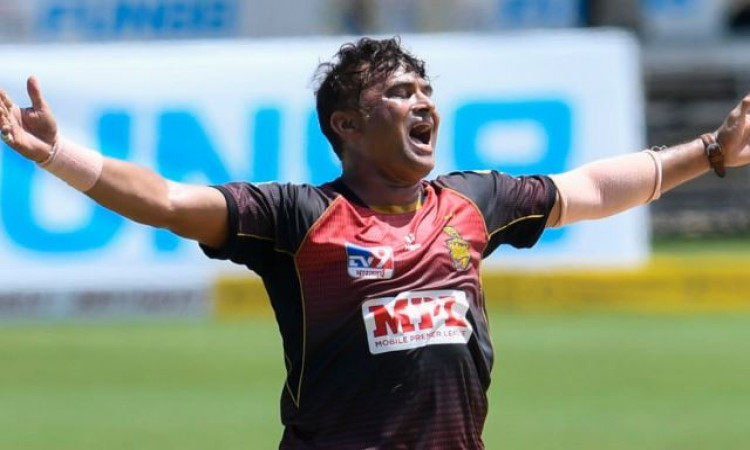 The 49-year-old became the first Indian to play in the Caribbean Premier League in the year 2020.

2) Prashant Gupta - The batsman who played for Uttar Pradesh had made a century in 58 balls in the Syed Mushtaq Ali Trophy of 2014. In the year 2019, he retired from India's domestic cricket to participate in the Foreign Leagues. This time, he will be seen playing for the Deccan Gladiators in T10 League.

3) Ishan Malhotra - Punjab's bowling all-rounder will be part of the Maratha Arabians squad in the T10 league this year. He was a part of Mumbai Indians in IPL 2010 but did not get a chance to play a single match there. However, in the year 2011, Ishan had the opportunity to play for the Deccan Chargers, under the captaincy of Kumar Sangakkara.

4) Imtiaz Ahmad - Like Prashant Gupta, Imtiaz also comes from Uttar Pradesh. However, he is a fast bowler. Ahmad also took a no-objection certificate from the BCCI to participate in the people of the foreign leagues. This year, he will play for Deccan Gladiators in the Abu Dhabi T10 league.

5) Sujit Prabath - Sujit comes from Punjab and is a left-hand spinner. However, he has played under-22 cricket for Hyderabad. Sujit has not played any major matches or tournaments since the year 2013. He will now be part of the Northern Warriors in the T10 league.