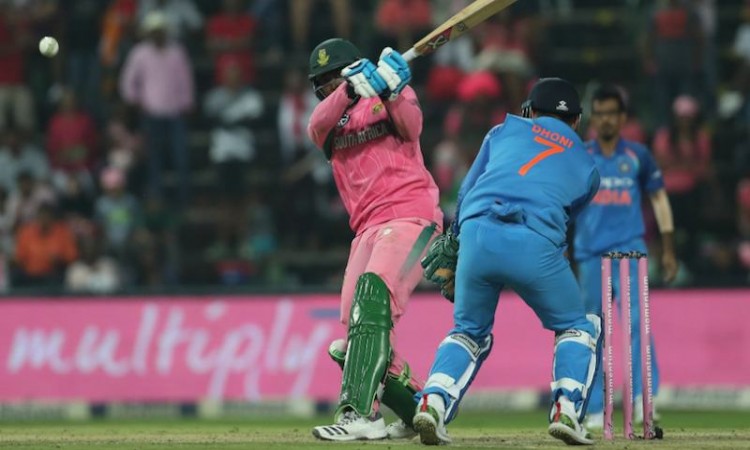 Johannesburg, Feb 11 - South Africa survived a nail-biting finish to edge out India by five wickets in a rain-curtailed fourth One-Day International (ODI) here on Saturday. India, who had won the first three ODIs, now have a 3-1 lead in the six-match series.

The match was interrupted by rain and inclement weather on more than one occasion which saw the target being reduced to 202 runs off 28 overs for South Africa. The Indian bowlers dominated South African batsmen in the initial stages.

With their top four batsmen back in the pavilion by the 17th over with just 102 runs on the board, the Proteas seemed to have lost their way and headed for certain defeat.

When David Miller was bowled while trying to hit an incoming delivery from leg-spinner Yuzvendra Chahal, the visitors must have thought that the match was as good as in the bag.

But miraculously for South Africa, television replays revealed that the delivery was a no-ball and Miller was back in the middle. That turned out to be the turning point as the match quickly turned on its head.

Miller celebrated by smashing pacer Hardik Pandya for three consecutive boundaries in the next over and the momentum abruptly turned in the hosts' favour. Chahal did manage to dismiss Miller eventually, trapping him leg before.