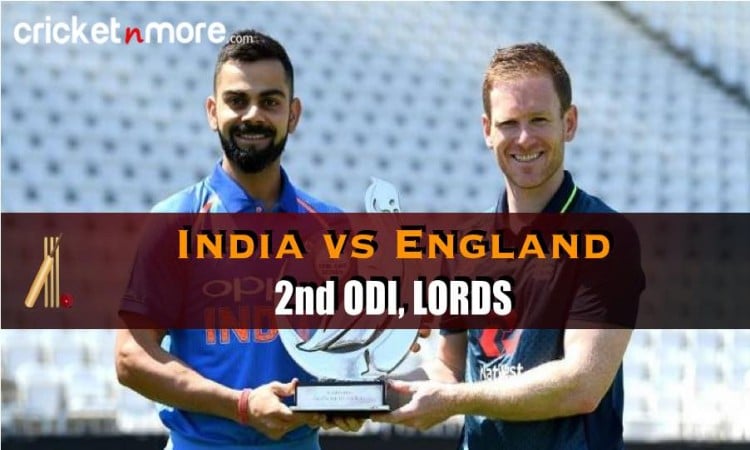 London, July 13 - After a convincing victory in the first One-Day International (ODI), India will aim to seal the three match series with another win when they face hosts England in the second match at famous Lords on Saturday.

The visitors dominated England, the No. 1 ODI side, in all departments of the game and took a crucial 1-0 lead in the series with 59 balls to spare. The stars of the match were Kuldeep and Rohit, who thrashed hosts batsmen and bowlers through out the match.

Skipper Virat Kohli also showed why he is called one of the best batsmen in the format. India's routine chasers Kohli and his in-form deputy Rohit collaborated for a 167-run stand to break the hopes of English bowers.