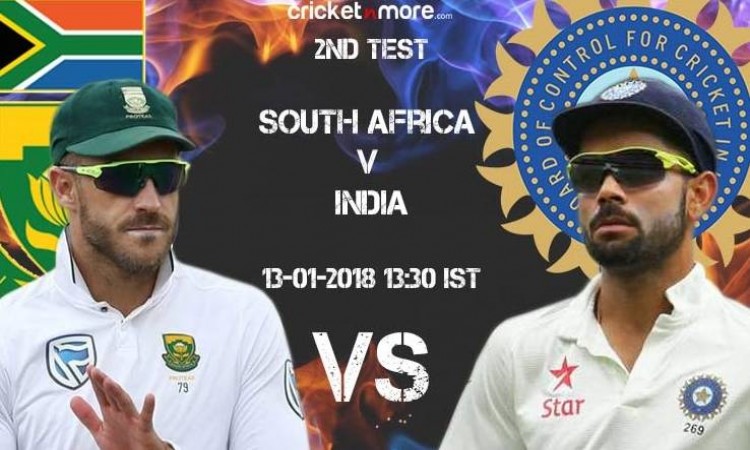 Centurion, Jan 13 - India will aim to bounce back after their defeat in the opening Test against South Africa when the second match of the starts at the SuperSport Park here on Saturday with the focus on its batsmen.

The hosts bundled out India for 209 and 135 in the two innings, registering a 72-run victory at Newlands, Cape Town. Though the visiting bowlers thrived on the lively pitch, the technique and approach of the batsmen was questioned as they failed to chase down a target of 208.

India would have suffered more embarrassment if all-rounder Hardik Pandya had not come up with an audacious 93 in the first innings. But such counter-attacking and full-of-risk knock does not not pay off always and captain Virat Kohli and chief coach Ravi Shastri know that.

Bounce, seam and swing were all there to see at Newlands and SuperSport Park is expected to be no less lively. The hosts have not lost at this venue since 2014.

South Africa head coach Otis Gibson has already expressed his desire to stick with a four-pronged pace attack. The hosts went into the Newlands Test with their strongest quartet of seamers -- Dale Steyn, Vernon Philander, Morne Morkel and Kagiso Rabada. Veteran Steyn injured his left heel midway through the match and has been sidelined for four to six weeks.