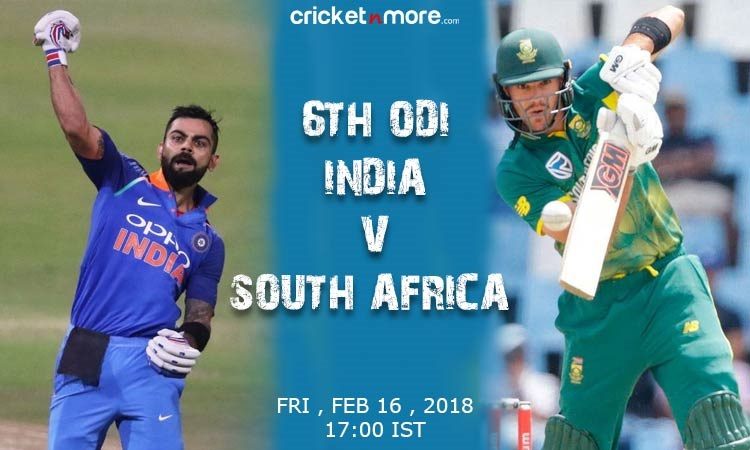 Centurion, Feb 15 (IANS) Following a historic series victory on South African soil, India will aim to continue their dominance to finish with a 5-1 record against the Proteas in the sixth One-Day International (ODI) at the SuperSport Park here on Friday.

The visitors who have already pocketed the series 4-1 will be in a search to finish off the series on a positive note. India, courtesy of their triumphant run, also clinched the top spot in ODI rankings for the third time in six months.

A depleted South Africa, who were forced to re-work on their team throughout the series, will however aim to salvage some pride from the final encounter.

The formidable Indian side will look to continue playing in a ruthless manner led by their flamboyant skipper Virat Kohli -- who has been in solid touch throughout the series.

Openers Shikhar Dhawan and Rohit Sharma along side Hardik Pandya and Mahendra Singh Dhoni in the middle-order will only add depth to the hosts batting line-up.

Top 10 Cricket News Of The Day