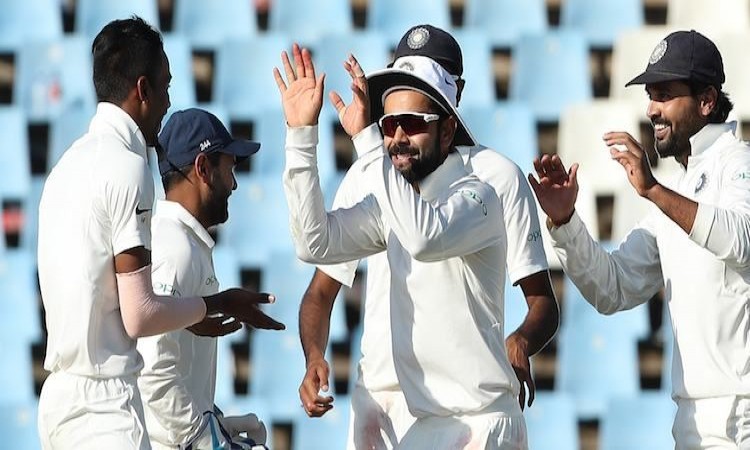 Johannesburg, Jan 24 - India will aim to avoid an embarrassing series whitewash and salvage some pride when they meet a confident South Africa in the third and final Test match which starts at the Wanderers Stadium here on Wednesday.

In the first two Test matches, India were outplayed in every department of the game. Skipper Virat Kohli also agreed that their opponents were way better.

But in the upcoming match, India will like to turn the tables and like to finish the series on a positive note. However, it will not be an easy job for the Indians. With the conditions and pitch favouring the hosts, the visitors may find it tough to survive the full five days.

India could witness an archetypal South African wicket -- hard and dry with plenty of bounce -- which often provides lots of seam movement up front. Spinners could also play an important role on the fourth and fifth days, so the inclusion of a tweaker could be helpful in the second innings.

In the batting department, apart from Kohli, all the other batsmen have totally failed to step up to the occasion.

Some of them are guilty of playing reckless shots -- which would have worked on a slow pitch -- in the first two Tests and coming into the third game, they will have got a measure of the task ahead.