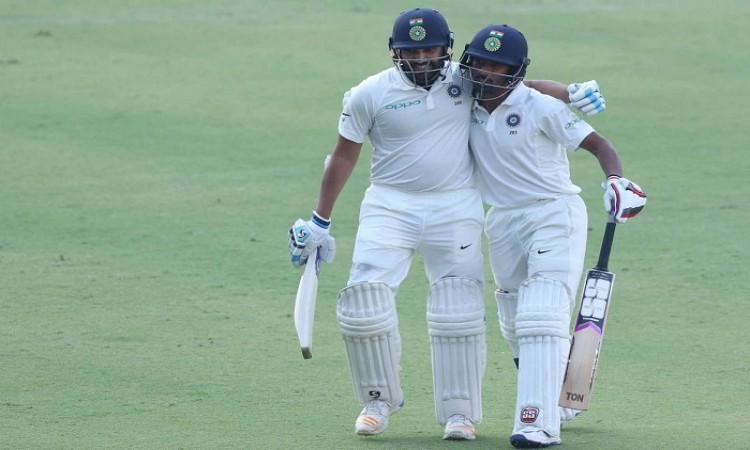 Nagpur, Nov 26 (CRICKETNMORE):  India declared their innings at 610/6, taking a massive lead of 405 against Sri Lanka in the second Test match at the Vidarbha Cricket Association Stadium here on Sunday.

Ajinkya Rahane (2) and Ravichandran Ashwin (5) failed to support Rohit at the other end and fell cheaply.  But in the process, Rohit (102 not out) slammed a century, which was his first in four years.

Just after the ton, Kohli decided to declare the inings.