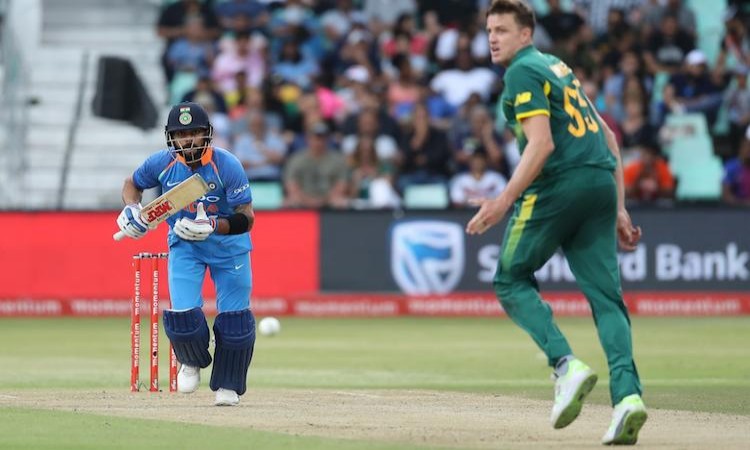 Feb.2 (CRICKETNMORE) - India beat South Africa by 6 wickets in the opener of the six-match One-day International series at Kingsmead on Thursday. The win has also allowed India take a 1-0 lead in the six-match series.

Virat Kohli (112) along with Ajinkya Rahane (79) added 189-run partnership for the third wicket between them after India lost both openers for 67 at one stage. 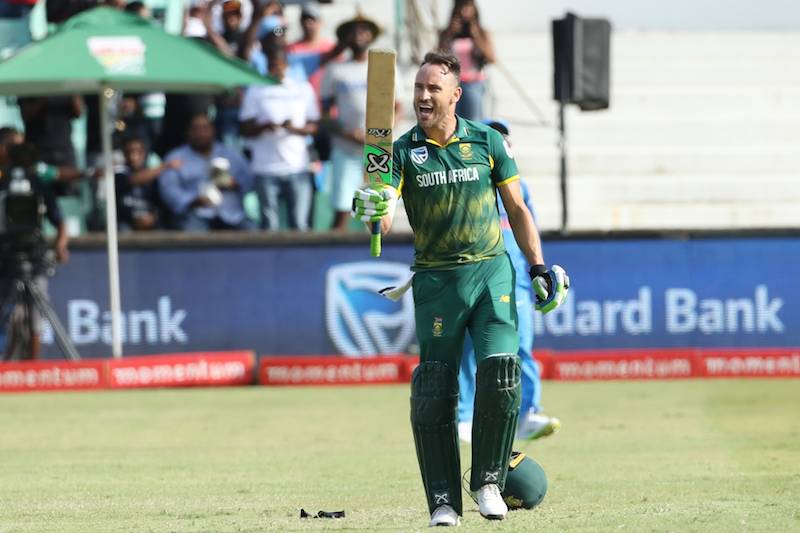 South Africa won the toss and opted to bat. Du Plessis (120 off 112 balls; 4X11, 6X2) steered the South African ship with three vital half-century partnerships even as the Indian wrist spin duo of chinaman Kuldeep Yadav (3/34) and leggie Yuzvendra Chahal (2/45) shared five wickets between them to rip through the top order.