5th Test, Report: India vs England at The Oval 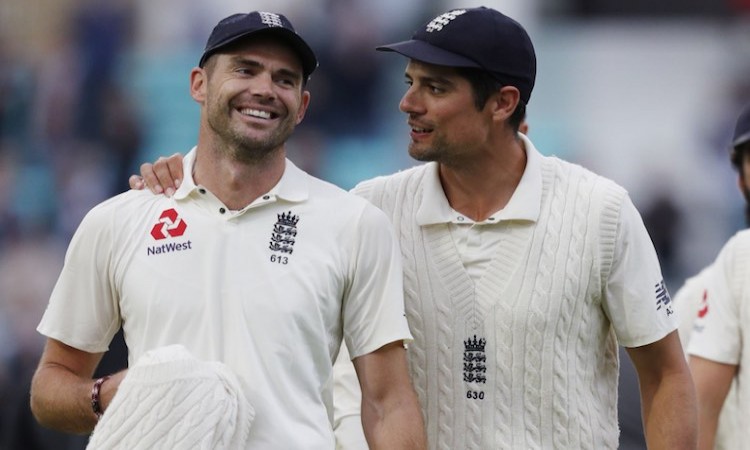 London, Sep 12 - Opener Lokesh Rahul and Rishabh Pant's heroics went in vain as England defeated India by 118 runs in the fifth and final Test to clinch the series 4-1 at the Oval here on Tuesday. SCORECARD

With India chasing a massive 463-run target, the last day of the series saw a bit of drama as centuries by Lokesh Rahul and Rishabh Pant gave India a slim hope of clinching, or at least saving, the Test.

Rahul played a fighting knock of 149 runs before a spectacular delivery by England spinner Moeen Ali ended his resistance. Pant, who scored 114, gave him excellent support from the other end as the duo built up a partnership of 204 runs to frustrate the England bowlers for a long time.

However, their fall bought the hosts back in contest and the English bowlers then made no mistake as they performed the last rites with ease, scalping the remaining three Indian wickets of Ravindra Jadeja (13), Ishant Sharma (5) and Mohammed Shami (0) in quick succession.

For England, James Anderson picked up three wickets for 45 runs while Sam Curran and Adil Rashid bagged two wickets each.

It was a memorable day for Anderson as the England pacer's second innings figures of 4/63 saw him go past Australian legend Glenn McGrath to take the fourth spot on the list of all-time highest Test wicket takers.

Anderson, who now has 564 Test wickets to his name, is leading McGrath by one wicket. He is preceded on the list by Muttiah Muralitharan, Shane Warne and Anil Kumble.