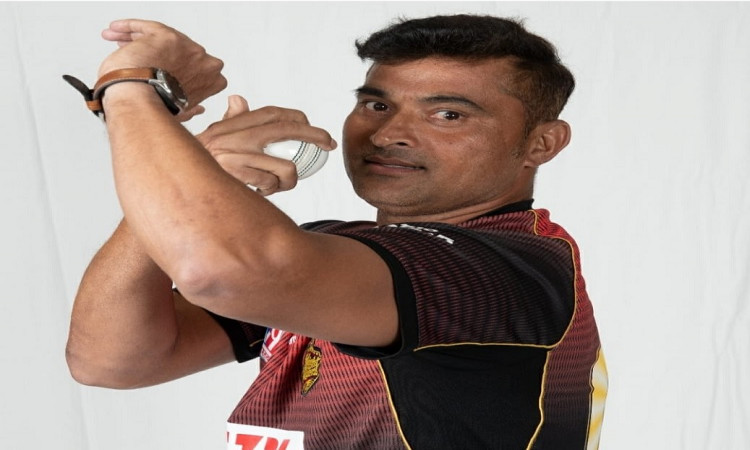 Spinner Pravin Tambe, 48, on Wednesday became the first Indian to play in the Caribbean Premier League (CPL). Tambe was chosen for the Trinbago Knight Riders (TKR) in their match against St Lucia Zouks ahead of star spinner Sunil Narine.

TKR captain Kieron Pollard did not give any specific reason for Narine's exclusion from the squad. Tambe had in July become the first Indian to sign for a CPL team when he was signed by TKR, a franchise who is co-owned by Kolkata Knight Riders co-owner Shah Rukh Khan.

KKR had roped in Tambe for this season of the IPL at the auctions in December last year. He had thus become the oldest player to be sold at the auctions. However, he was later disqualified by IPL's Governing Council for featuring in the T10 League in the UAE.

"BCCI rules strictly say that an Indian player has to be exclusively playing in the IPL or he has to stay away from the cash-rich league and participate in other leagues across the globe. To have sent in his name for the T10 draft and now to also be a part of the IPL is clearly against the BCCI protocol. So, he can't play," a BCCI functionary told in January.