Sri Lanka spinner Praveen Jayawickrama enjoyed a dream debut as he claimed 11 wickets to seal a 209-run victory over Bangladesh in the second Test at Pallekele on Monday. 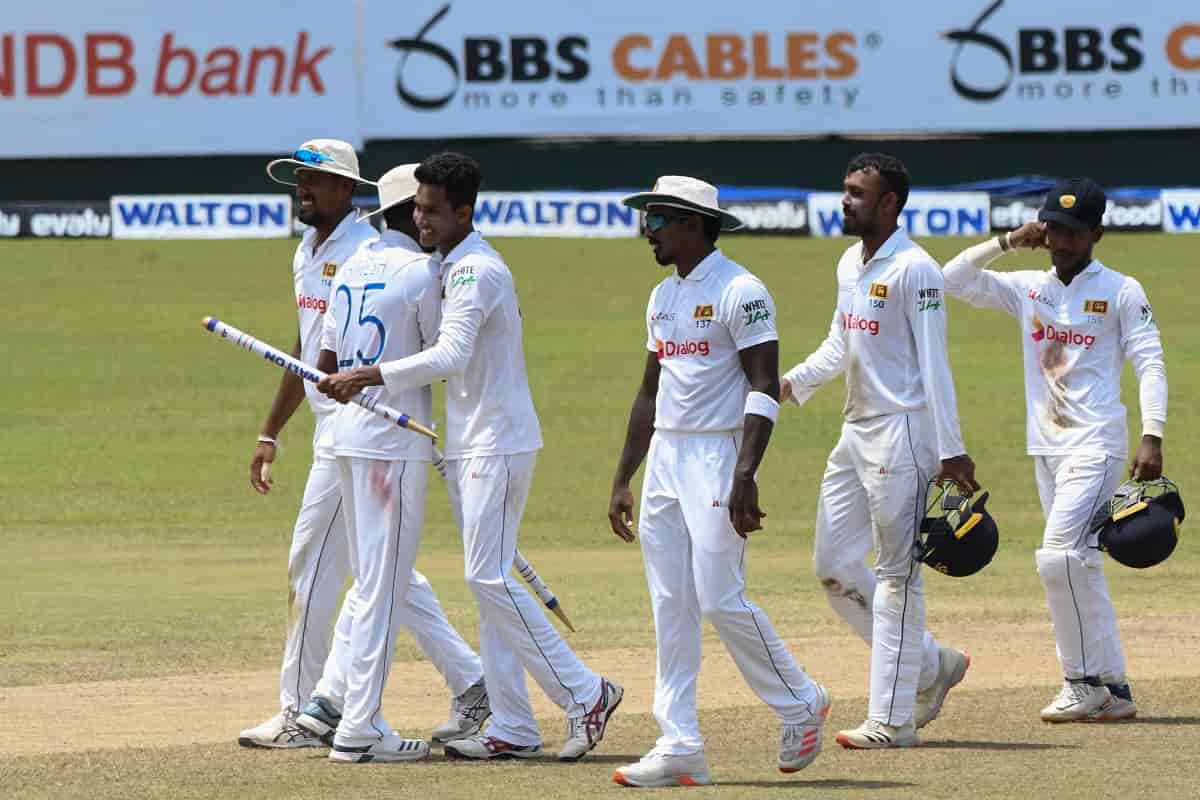 Chasing a daunting 437 to win, Bangladesh were dismissed for 227 in the first session of the final day after resuming at 177-5 as Sri Lanka wrapped up the match, and the series 1-0, after 90 minutes of play.

The 22-year-old left-armer Jayawickrama was named player of the match after claiming 11-178 on his first Test appearance as he added five second-innings wickets to his six in the first.

Jayawickrama struck in the third over on Monday, taking his ninth wicket of the match when he trapped Liton Das lbw with a ball that went straight on and setting a Sri Lankan record for a Test debutant, surpassing Akila Dananjaya's 8-44 against the same opposition in Dhaka in 2018.

Mendis was replaced after a 15-over spell during which he took two wickets and the bowling change worked immediately as part-time spinner Dhananjaya de Silva struck with his second delivery.

Taijul Islam, on two, attempted a late cut, but only managed to edge it to wicketkeeper Niroshan Dickwella.

Mendis returned to have Taskin Ahmed caught by Dimuth Karunaratne off a top edge as the fielder moved to his left from cover point.

Jayawickrama then mopped up the tail. Mehidy Hasan fell first to take the young bowler's match haul into double figures, before Jayawickrama sealed the Test and the series three balls later when he trapped Abu Jayed leg before.

Jayawickrama is the 16th Test cricketer to take 10 wickets or more on debut but only the second this century after Australia's Jason Krejza, who took 12 wickets against India at Nagpur in 2008.

The first Test was drawn after an avalanche of runs, the two sides scoring 1,289 for the loss of just 17 wickets over the five days.