England captain Joe Root won the toss and elected to bat in the first Test against India beginning on Friday here at the MA Chidambaram Stadium. 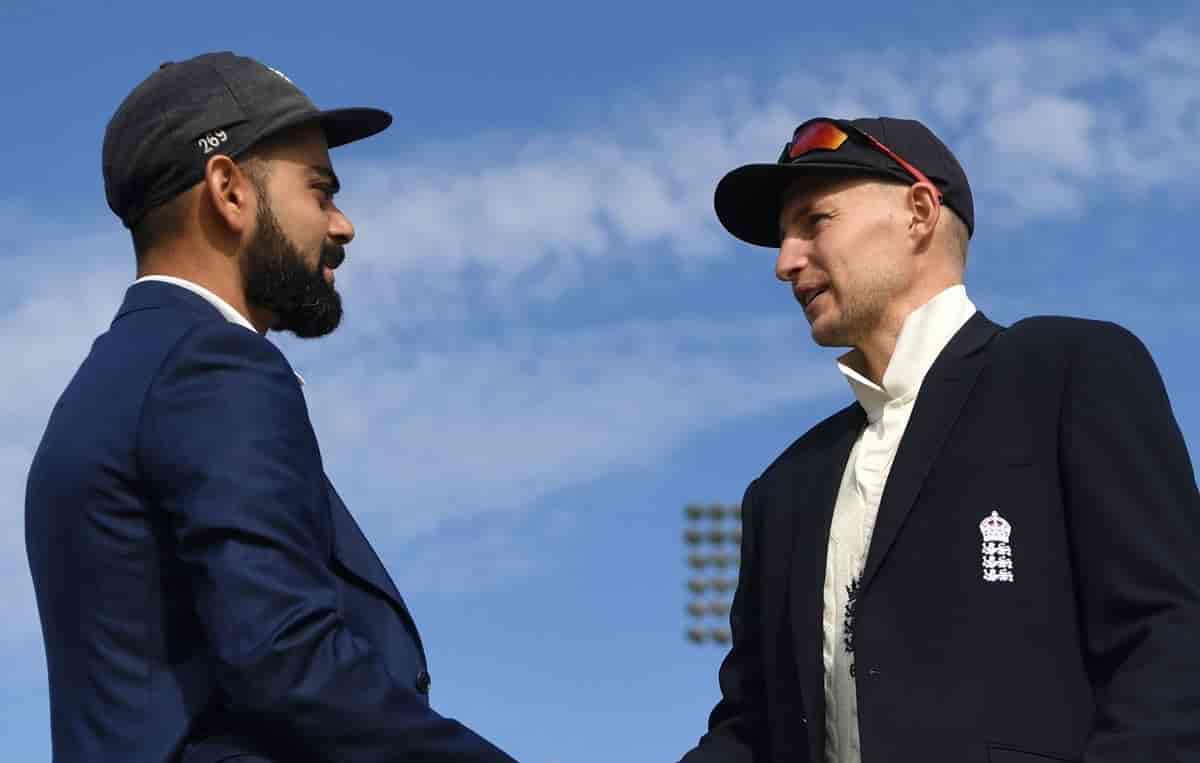 "We are going to bat first. We will try and get the best of this wicket with the bat, make a good first innings score and try and take the team forward," said Root.

"I do enjoy playing cricket in India. We are looking forward to a great series. We have to play at our best and we are very confident," he added.

For India, left-arm spinner Axar Patel has been ruled out of the Test. Axar complained of pain in his left knee during Team India's optional training session on Thursday, BCCI earlier informed in a statement.

India are going on with three spinners -- Ravichandran Ashwin, Shahbaz Nadeem and Washington Sundar -- while Ishant Sharma and Jasprit Bumrah will lead the pace attack.

"We would have batted first as well," said India skipper Virat Kohli.

"It was an amazing phase for us, having a child is an amazing feeling and combined with the way the team played in Australia," he said when asked about India's historic series win in Australia and also about his feelings of becoming a father.

"We are not thinking about the (World) Test Championship at the moment, just take one game at a time," said Kohli.