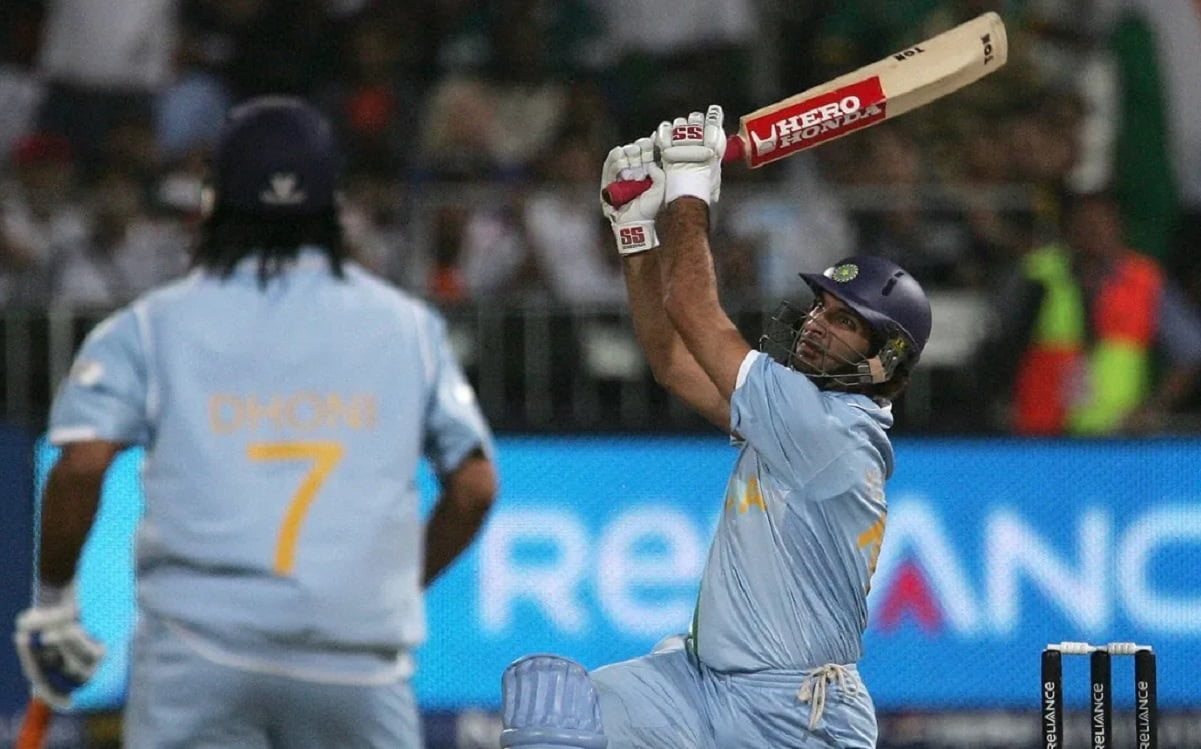 Over 15 years since the inaugural T20 World Cup in 2007, memories remain as fresh as ever in the heart of the Indians. Team India, after crashing out of the group stage of ODI World Cup 2007, was a young team with a new skipper and nothing to lose, and yet went on to win the T20 World Cup the same year, powering the T20 format to heights of popularity.

One of the best-limited format players produced by India - Yuvraj Singh, was blazing in the tournament as he took on the T20 format in style. However, his knock against England in the tournament, in unforgettable in the true sense of the word. This knock can also be considered as probably one of the best T20I knocks by an Indian player.

Batting first in a crucial match, Indian openers - Virender Sehwag (68) and Gautam Gambhir (58) gave a tremendous start as they added 136 runs in 14.4 overs, providing a good base for the upcoming batters to come and smack from the first delivery. Batting at #3, Uthappa was dismissed after scoring just 6 runs.

However, the real firepower was yet to be seen. Yuvraj Singh, batting at #5, was in a mood to smash, and an altercation with English all-rounder Andrew Flintoff further infuriated him. As a result, in the 19th over by Stuart Broad, Yuvraj Singh, batting on 14* runs off 6 balls, gave Broad his career's worse nightmare.

One by one, Yuvraj Singh dispatched six deliveries for consecutive sixes, completing his fifty off just 12 balls. Yuvraj was then dismissed by Flintoff in the next (20th) over, but the damage had been inflicted as Yuvi scored 58 runs off just 16 balls with 3 fours & 7 sixes, at a tremendous strike rate of 362.50.

Six sixes in an over, and the fastest ever T20I fifty, off just 12 balls! pic.twitter.com/xYylxlJ1b6

With the help of this, India posted 218/4 in 20 overs. In reply, England managed 200/6 in 20 overs, losing the match by 18 runs. Yuvraj Singh was adjudged the 'Player of the Match' as his unreal acceleration helped India get those crucial extra runs. Yuvi also scored a swashbuckling knock against Australia in the semi-final and proved instrumental in India lifting the inaugural T20 World Cup. On this day (September 19th), it's been 15 years since that day and yet it's a gem which can never be replicated.