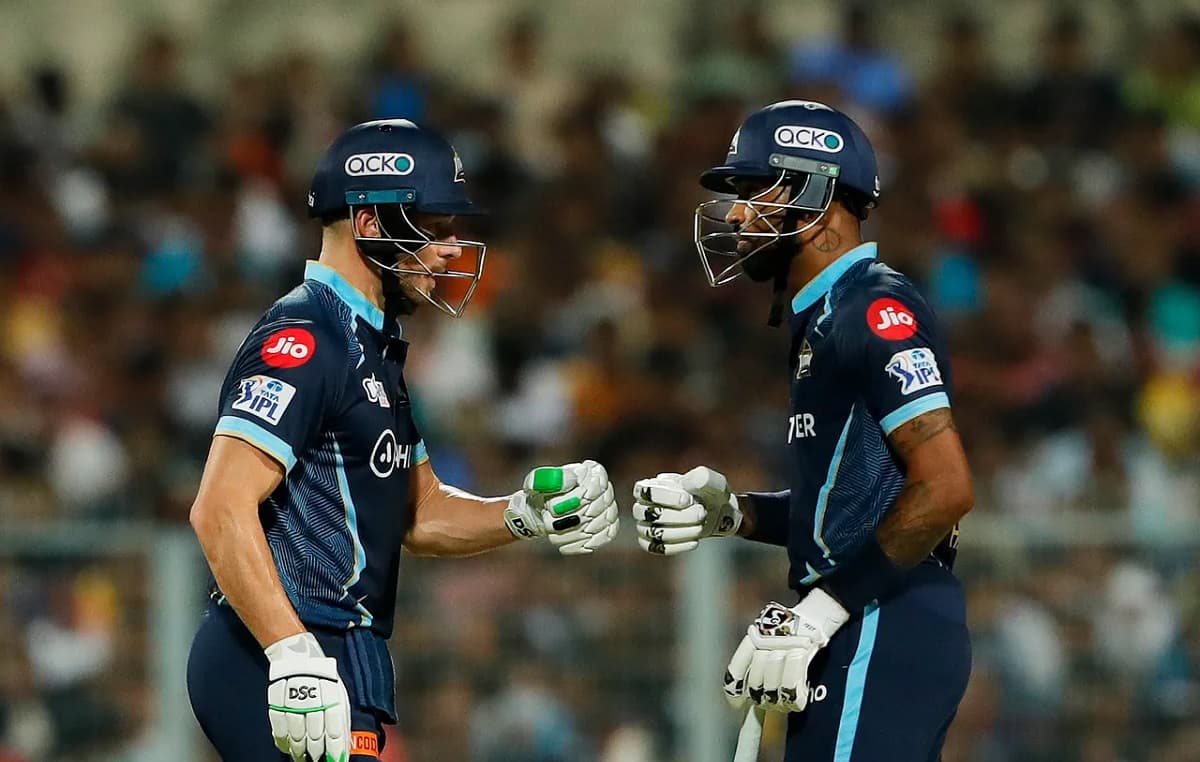 The 15th season of the Indian Premier League got finished on 29th May when debutants Gujarat Titans clinched the IPL title in their first attempt after beating Rajasthan Royals. The season saw a lot of dominating performances throughout the 74 games and many players emerging up into the players of the big league.


'Lords Not Being Full For England Vs New Zealand Test Is Embarrassing', Tweets Vaughan

For choosing the best 11 players, we adopted the methodology of looking at players who bring multi-phase and multi-skill value to the team. Batters who are impactful for the majority of the inning and against different types of bowling. Bowlers who haven't necessarily picked wickets but have been economical as we think the best T20 bowling attack is the one that can keep the scoring rate in control.

There is no doubt why Buttler shouldn't be there in the best XI. The opener brings in an all-phase value: scores at an SR of more than 133 in the powerplay and then keeps increasing the scoring rate each phase. He can smack both pace and spin with ease and has the ability to play long.

Rahul has played quite similarly to Buttler. In powerplay, Rahul preserves wicket but in the middle overs, he opens up against all types of bowling. So while Rahul anchors, Buttler has the cushion of scoring fast.

One of the best-uncapped players of the season. Tripathi smacks pace at a strike rate of more than 165 and spin more than 145. Rahul Tripathi is someone who not only knows how to preserve the wicket (37.54) but also strikes the ball hard (158.23). He is the perfect number three batter for a T20 team.

The Gujarat Titans captain had a stellar season and announced his comeback as an all-rounder. Pandya played a new role of batting at number four where he scored 386 out of his total 487 runs this season. He brings value against both pace and spin and can control the middle over phase.

While bowling, Pandya is a perfect fifth bowler. He bowled at a good pace and picked eight wickets at an economy of 7.27 in 31 overs he bowled this season.

IPL 2022 was also a season of redemption for David Miller. He perfectly controlled the second half of the inning where he scored 429 out of his 481 runs this season. Miller remained unbeaten nine times this season which made his average 68.71 in 16 innings while at a strike rate of 142.72.

The perfect finisher of the season. Karthik was used purely as a hitter in the slog overs where his strike rate reads 220, average 80, and 242 runs. While Karthik had his reservations against spin, the smacked pacers - left, right, and centre.

A T20 team isn't complete if Russell isn't there. The West Indian power-hitter is the perfect T20 prototype where he smashes all types of bowling, brings value in each phase, and is an all-rounder. In 2022, Russell struck at more than 163 in the middle overs while averaging 36.83 and a 200 strike rate in the slog overs at an average of 38.

Russell also picked 17 wickets this season at an economy of 9.86 - a decent return for someone who has 11 out of 28 overs in the slog overs. Russell is someone who bowls in the second half of the inning.

Russell along with Pandya make up for a good fifth bowler pair this season.

The Rajasthan bowling all-rounder had a brilliant IPL season. Ashwin used his defensive bowling skills to perfection and Rajasthan used his batting ability to make him a perfect floater. He scored 191 runs at a strike rate of 141.48 and an average of 27.28 in different batting positions.

Ashwin set up most wickets for Yuzvendra Chahal this season. The defensive-attacking duo were the best spin pair of the season, sharing 39 wickets.

Why we have picked Rabada and Bumrah in the team is because of the all-phase value they bring. Given we already have Pandya (swing and MO value) and Russell (DO and yorker value) as pace bowling options, Rabada and Bumrah perfectly compliment them.

So an attack of Rabada, Bumrah, Russell, Pandya, Ashwin, and Chahal gives variety in the bowling and also brings in multi-skill with three also giving batting value to the team.

de Kock was the third-highest run-scorer of the season but most importantly, he gave a perfect start to the team in the powerplay. His powerplay value, left-hander, a wicketkeeper, and ability to play long is a perfect combo any team would want.

While there are talks of his average, Sanju Samson is someone who wants to keep the scoring rate up in 7-10 overs. His wicketkeeping and ability to smack both pace & spin make him a contender for the best XI team.

Rashid Khan would have walked into the team in place of R Ashwin but because we already had Yuzvendra Chahal so to bring in variety in the spin department, he had to be left out.

Liam Livingstone was also hard to drop but because Russell brought in pace bowling value, he had to be left out.

Wanindu Hasaranga is another leg spinner who had to be left out due to Chahal. Hasaranga was the second-highest wicket-taker this season.