What Is The Best Pool Of Bowlers Indian Team Has, Who Can Play World Cup 2023?

India's best pool of bowlers who can play World Cup 2023. 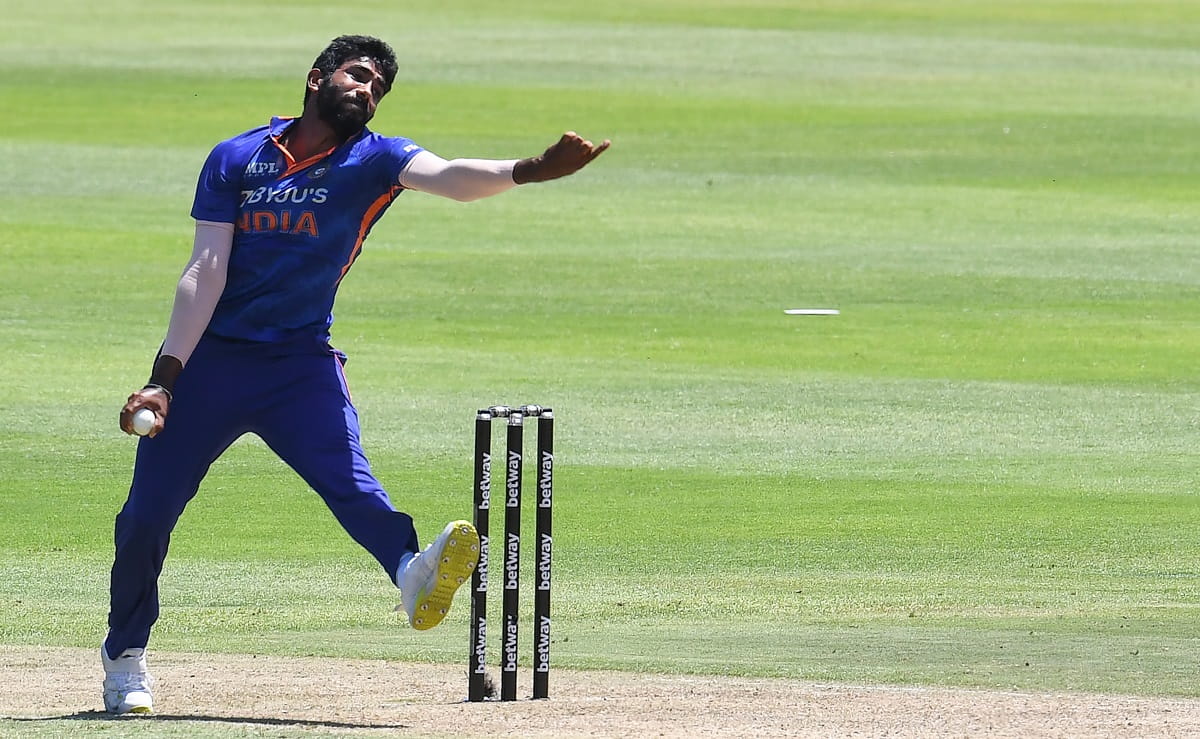 After a disastrous tour of South Africa, especially in the ODI series, India looked down and out in almost all the games. They looked unplanned and flat in the bowling department.

One of the major reasons why India has been struggling in the ODIs for the last two years is bowling. After a terrific World Cup 2019, Indian bowlers have struggled to take wickets in powerplay and middle overs, resulting in the opposition scoring runs at will.

India's main weapons - Bhuvneshwar Kumar and Jasprit Bumrah - have combined to pick 23 wickets. While Bumrah has taken 10 wickets in 12 ODIs, Kumar has got 13 in 10 matches.

Bhuvneshwar's key weapon is the swing he gets from the new ball and that troubles the batters in the first 10 overs. However, since 2020, he has only picked two wickets in the powerplay phase at an average of 64.5 and strike rate of 73.

Although Kumar does hit the hard length often but due to lack of pace in his bowling in the two years, the batters are able to work through it easily. This is one of the major reasons why Kumar has been neither able to pick wickets nor able to apply the pressure from one end.

What India needs is an enforcer that keeps one end tight for Bumrah to work his magic. Now India has plenty of options that can be tried in place of Bhuvneshwar Kumar in the next few months - Deepak Chahar, Shardul Thakur, Mohammad Siraj, Prasidh Krishna, Avesh Khan, Mohammad Shami, and Umesh Yadav.

Deepak Chahar is a like-for-like replacement of Bhuvneshwar. He can swing the new ball well to pick wickets early at a decent speed. However, he isn't the all-phase bowler since he tends to get flat once the ball stops moving and his limited variations aren't effective as one would like.

Shardul Thakur is similar in terms of speed. But he doesn't bowl with the new ball and has limited variations.

However, both of them are decent enough to play at number 8 or 9 to give batting depth and 10 overs with the ball. But can they be the enforcer India is looking for? For that, they need to be played and given ample opportunities to develop.

Mohammad Siraj is one of the top upcoming bowlers in Indian cricket. He has already made himself number three in the pecking order of pace bowlers in the Indian test team. His USP is his pace and ability to hit the deck hard.

He can relentlessly bowl at the same spot for a long time and at a good pace to keep the pressure on. In the last two years of IPL, Siraj also developed his skills in death overs and nailed his yorker consistently.

If anyone who can be the enforcer India needs is Mohammad Siraj. If India plays Deepak for his swing ability, Siraj can be a brilliant first-change bowler to keep the pressure going.

Another potential enforcer India can build is Prasidh Krishna. His USP is his height. India doesn't have a tall fast bowler and he can fill that place well. Has a good pace as well.

Other pace bowlers who can be kept as backups are Avesh Khan, Mohammad Shami, and Umesh Yadav. While Shami and Umesh need no introduction but for them playing ODIs, especially Shami, is a huge task since they are the premier fast bowlers who are also aging. They need to be kept safe as long as possible.

Avesh Khan has shown great potential in him. He has a good pace, can move the ball, and can hit the deck hard. However, India wouldn't want him to invest in him immediately unless a clear opportunity arises where no other bowler is available.

The World Cup will be held in India which means spinners will play a crucial role. India, lately, has once again brought in off spin into the limited-overs setup. R Ashwin was included in the T20 World Cup squad and ODI series against South Africa.

However, there is a good chance that India got him since Washington Sundar wasn't available. Ashwin is a world-class spinner in tests but didn't play limited-overs in four years. He is also handy with the bat.

What India is looking for is a spinner who can hold one end and contribute enough with the bat, which Sundar provides as he has shown at every opportunity he has got. Sundar bowls tight and is more than a handy batter.

Sundar is too good to bat lower down the order. If he is included in the playing XI, he should be given the number six or seven spot to develop himself.

Sundar is not only a good option to field but if he develops well, he can be the alternative of Ravindra Jadeja, who currently leads the race as the first choice number 7. Jadeja bowls SLA and bats left-handed which brings in variety in the playing XI.

If Sundar and Jadeja start doing this job of holding one end while bowling, it will give India the right depth - a big plus going into the World Cup.

Another potential alternative of Jadeja is Krunal Pandya. He has the same characteristics as Jadeja - SLA and a left-handed batter. Krunal was tried in the ODI series against England in 2021 and gave decent returns.

Yuzvendra Chahal and Kuldeep Yadav haven't enjoyed their time in international cricket in the last few years. There is a good chance they have been found out by the opposition. However, they still are the best bet for India ahead of World Cup. Both should be given enough chances in the upcoming months to settle down.

India's best chance of dominating the World Cup is to have a bowling attack that has at least four wicket-takers in it in each phase of the game. The management should lock in a few names that will be given the chances instead of bringing in new bowlers into the setup to once again confuse themselves as to whom to pick.

Here is a pool of bowlers that Indian team management can and should consider in the upcoming ODI matches: