What Is A 'Beaver Trick' In Cricket?

A few days ago, West Indies' all-rounder Jason Holder picked up 4 wickets in four consecutive balls and dealt England with a 'deadly blow', and went on to lose the match. West Indies won t 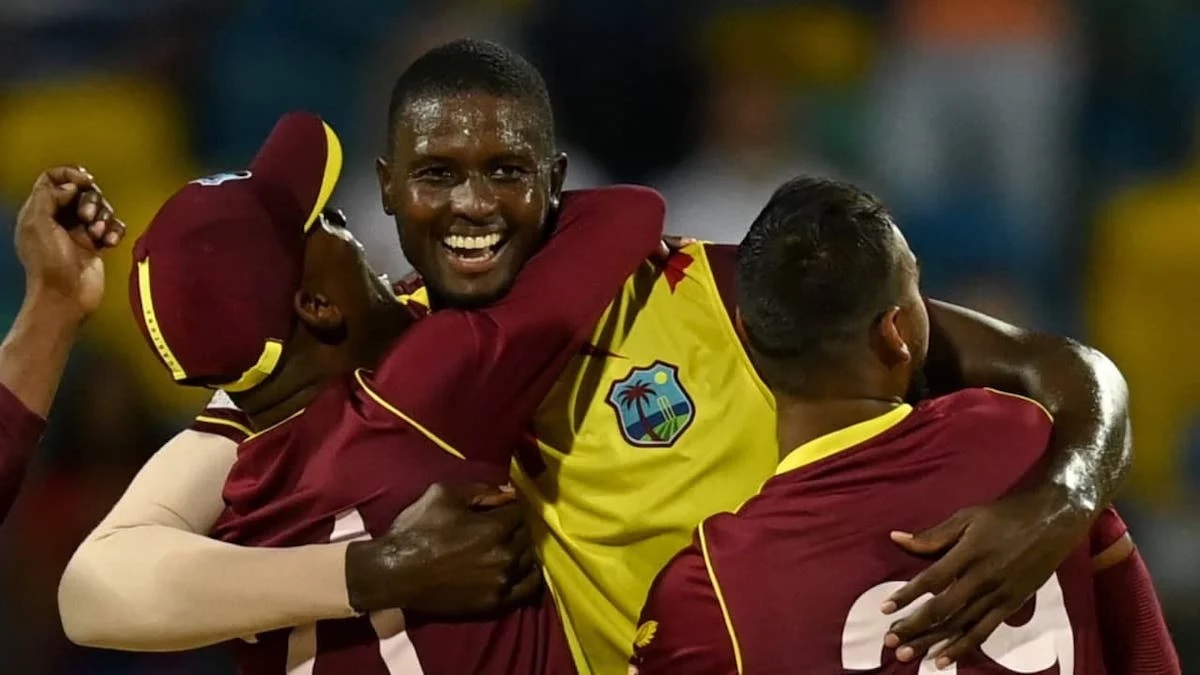 A few days ago, West Indies' all-rounder Jason Holder picked up 4 wickets in four consecutive balls and dealt England with a 'deadly blow', and went on to lose the match. West Indies won the 5th T20I by 17 runs and won the series by 3-2.

Everywhere it was reported that Holder picked up 4 wickets on 4 balls and has joined an elite list of bowlers with Lasith Malinga, Rashid Khan and Curtis Campher, the only bowlers to register this record in T20I. While if we take a look at the reports of this incident in the Caribbean it has been mentioned that Jason Holder made a 'Beaver-Trick'. Now, what is this 'Beaver-Trick'?


Mohammad Shahzad Caught Smoking On The Field; Gets 'Demerit Points' As Punishment

Let's start understanding this by 3 wickets in 3 deliveries. In the game of football, if a player scores 3 goals in a match, then it is called a 'hattrick'. Hattrick is a gift from cricket - wickets for a fast bowler in consecutive balls. The actual incident dates back to 1780 - a famous bowler of that decade, Hambledon bowler David Harris, was gifted a hat embedded with gold for his excellent bowling performance. And just like this, the word 'hat' was associated with consecutive wickets. Around the 1800s, some of the clubs used to reward bowlers with a white hat made out of beaver fur. Now, 'beaver' was associated with consecutive wickets.

In the modern phase of cricket, the term 'Beaver-Trick' was first heard in September 2013. West Indies A team was on a tour of India and Andre Russell (when he wasn't this famous) displayed a tremendous bowling performance and picked up 4 wickets in 4 consecutive balls. Caribbean media at that time termed this as 'Beaver-Trick'  instead of Hattrick. Although West Indies A team went on to lose the match. For this record, India A captain Yuvraj Singh, Kedar Jadhav, wicketkeeper Naman Ojha and explosive batter Yusuf Pathan were dismissed by Andre Russell.

This was the third time Russell registered a beaver-trick in his career. Before this, he did a beaver-trick in the Jamaican National Trial in 2009 and then in the Worcester League for Bernard Game. Russell said 'I had taken two beaver-tricks before but this was the most special one as I did this in Windies' jersey and dismissed better batters.' No one gave any importance to this beaver-trick by Russell.

If football borrowed hattrick from cricket, cricket borrowed 'beaver-trick' from football. It was used for the first time for scoring 4 goals in Caribbean Club Championship. Beaver term is anyway primarily used in the Caribbean - especially in Barbados. Whomsoever achieved this feat, was gifted a hat made out of beaver, as it was considered a better hat.

In this way, it was established in cricket that the feat of four wickets in four consecutive balls was called a 'beaver-trick'. However, there are no such records related to cricket that a beaver hat was gifted to any player for this feat.

In February 2016 at Sharjah, Windies' bowler with experience in 12 T20Is, Krishmar Santoki, playing against Gemini Arabians in the Masters' Champions League took 4 wickets on the first 4 deliveries of the last over. In the same match, Virender Sehwag smacked 134 runs in 63 balls with 10 fours and 11 sixes. Santoki couldn't help his team win the match but his 'beaver-trick' was mentioned in the match report.

Now, in 2022 when Gary Sobers congratulated Holder for his 'Beaver-trick' hence this news was received limelight around the world. Jason Holder's father Ronald Holder congratulated his son for the 'beaver-trick'.

For reasons unknown, India-born Anuradha Doddaballapur's (now residing in Germany as a Cardiovascular scientist) name isn't registered in the list of players to achieve this feat. She took 4 wickets in 4 consecutive balls (against Australia in 2020) and became the first female bowler to do so. Indian prime minister sent a special message to her in Frankfurt.

The day's not too far away when this feat will be termed as 'Beaver-Trick' around the world. We hope our readers won't be oblivious to the term then.