The Rebuilding of the West Indies Cricket Team 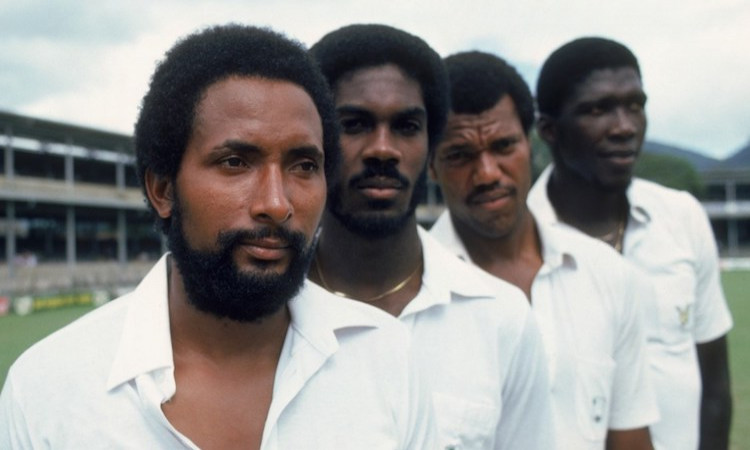 June 13 - Once the leaders of Cricket, West Indies side has seen a downfall in the ranking and cricket standards in last two decades.

According to former West Indian fast bowler Joel Garner, Its important to play as a team and enjoy each others company which he thinks is vital for the team success. Garner who was a part of the team which won 1975 & 1979 World Cup, considered the triumph in 1979 World Cup was the most one-sided ever.

“I enjoyed the kind of cricket we played,” says Joel Garner, the legendary 6ft, 8in fast bowler who took eight of his 146 ODI wickets in that tournament.

“We just went for it. Really and truly, the most important thing was that we enjoyed each other’s company. We supported each other along the way.”

West Indian opener dominated in all fields in the second edition of the World Cup with opener Gordon Greenidge topping the run-scoring list with 253. He is followed by another star batsman, Viv Richards who scored 217 runs in the tournament.

West Indies had dominated both forms of cricket - Test & ODI and were a formidable side throughout the 1970s and 1980s because of perfect combination of intimidation, aura and skill.

But 1990s saw a decline in the success and its difficult to comprehend.

“It’s really sad to see West Indies cricket the way it is,” says Curtly Ambrose, who took 630 international wickets between 1988-2000, including 24 in World Cups.

“We were so accustomed to being No. 1 in the world and being the team that everyone wants to beat.

“To see the decline as a former cricketer is very hard to take.”

The worst of the West Indian cricket is seen between February 2009 and July 2012, during which the side won just two of 33 Test matches, while the knock-on effect of their ODI form was that they failed to qualify for the 2017 Champions Trophy through the rankings system.

“There was always going to be a decline,” Ambrose says. “No team can rule the world forever.

“There is going to be a time when you lose players. It was going to be difficult to find another Clive Lloyd, another Viv Richards, another Brian Lara, another Malcolm Marshall.

“But we are taking a little too long, in my opinion, to bounce back.

“I believe we have enough talent in the region to get back somewhere in the top three of world cricket.”

In 2016, Daren Sammy led the West Indies to the World T20 title, offering a joyful reminder of their ability to compete at the top of the world game.

In the last six years, CWI made a tremendous effort to make the entire domestic cricket setup professional, incentivising youngsters to take up cricket as a full-time career.

The progress of CPL - the Caribbean franchise T20 tournament is one of such initiative by CWI to help nurture the local cricketers.

“T20 cricket is good for the consumers and people who run the tournaments,” says Garner,

“But it’s important that the money goes back into cricket.

“If we want to have the future of cricket, then you invest the money you make back into the grassroots level.

“That is where the next set of cricketers are coming from.”

Shiv Chanderpaul, whose ODI run tally for the West Indies is only bettered by Brian Lara and Chris Gayle, is confident that the administration has turned a corner.

“We do not have the money that is being pushed into cricket that another board might have,” he says.

“But we’ve done a lot in the last few years.

“I used to do everything on my own without any money, no contracts, nothing. I had to find my own money if I had to travel.

The improvement is beginning to show in the West Indies’ results.

A 2-1 victory in the three-match Test series against England in January and February was followed by a 2-2 draw with World No. 1 team in the subsequent ODI series.

They head into this summer’s World Cup as underdogs, but also as many people’s dark horses.

Though the current side is bit inexperienced but its full of talented players like Shai Hope, Shimron Hetmyer, Darren Bravo, Kemar Roach and Shannon Gabriel.

“What you have to understand is that the great teams of the past had lots of senior guys to nurture the new guys that are coming into the team,” Ambrose says.

“Currently all these guys are basically starting their careers. They are learning on the job. It is going to take some time.”

If only there were a pool of ex-players willing to lend their experience, you might ask.

“When I was in the team, I would talk with them and help them, particularly when I was out in the middle,” Chanderpaul says.

“I see the England Cricket Board put Mark Ramprakash and Graeme Thorpe as batting consultants. That is something we have to start looking at.

“We have a lot of guys with experience in the Caribbean. We need a team of them to go out and work with young players to help them understand their cricket, because there is a lot of talent.”

With World Cup just started, West Indies can recreate the magic of the 1970s through some dynamic performances.

This is an adapation of an interview done at Betway Cricket.