Team India's journey in the ICC T20 World Cup has been no less than a roller-coaster ride. The World Cup has been played a total of six times so far, and the Indian team has been led by MS Dhoni each time. India has played a total of 33 matches in the T20 WC, where it has won 20 and lost 11 matches. Team India's winning percentage has been 64.06 - second-best among teams who have played more than 30 games. 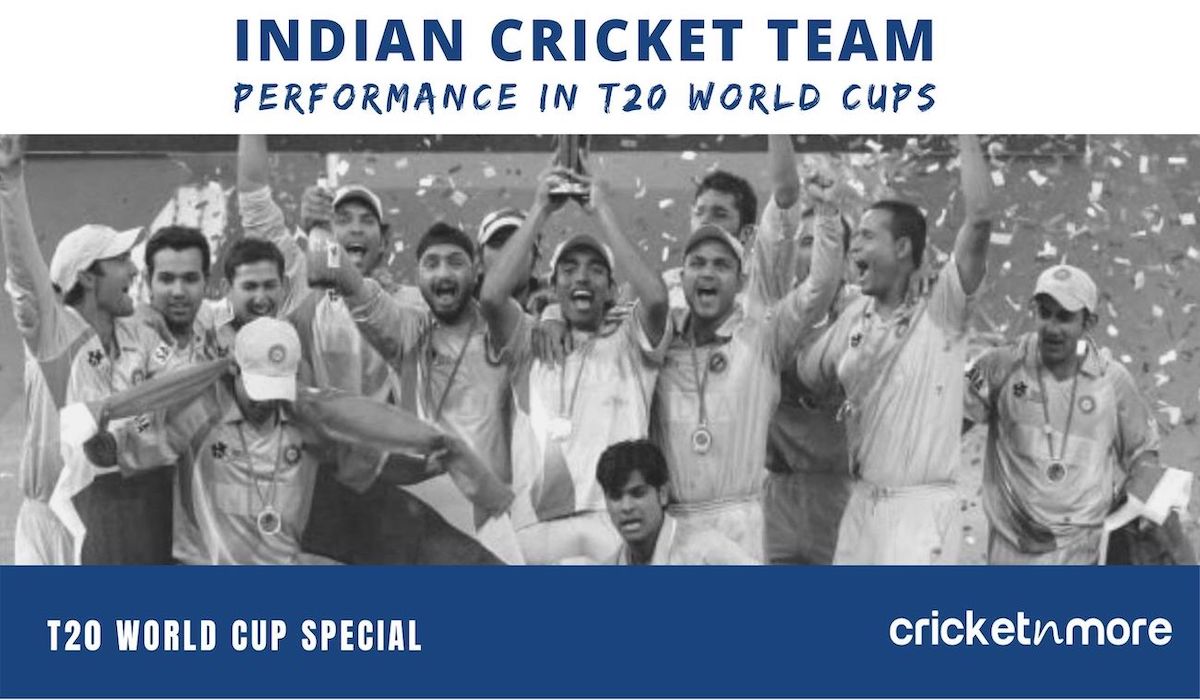 T20 World Cup 2007: After a horror exit in ODI World Cup, a new captain and a fresh-looking team took the field in this tournament. MS Dhoni not only proved himself to be a great leader but also created history by winning the inaugral T20 World Cup.

India's first match was supposed to be against Scotland but it got washed out due to rain which meant that MS Dhoni's boys had to make their World Cup debut against arch-rivals Pakistan. The match lived up to its hype as it got tied and the result was decided by a bowl-out, which India ended up winning.

In the Super 8 League matches, India lost to New Zealand but defeated England and South Africa in the following matches to enter the WC semi-final. India defeated a strong Australia in the semi-finals and went on to clinch the T20 World Cup 2007 title by defeating Pakistan in the Finals.

T20 World Cup 2009: The second edition of the World Cup was held in England. The winner of the previous edition - India, crashed out of the tournament after losing three matches in a row against West Indies, England, and South Africa. Team India's only win in the tournament was against Ireland. Interestingly, WC 2007's runner-ups Pakistan went one step further to win the trophy after beating Sri Lanka in the Final.

T20 World Cup 2010: The third edition of the T20 WC was hosted by the West Indies. India had a good start in the tournament as they defeated Afghanistan and South Africa in its first two matches. However, India once again got knockout out after losing against Australia, West Indies, and Sri Lanka. England went on to win the World Cup.

T20 World Cup 2012: It was a near-miss for India in the fourth edition of the T20 World Cup held in Sri Lanka. India lost just one match and defeated the likes of Afghanistan, England, and South Africa. However, India couldn't qualify for the next round due to a poor net run rate. West Indies, under the leadership of Darren Sammy, went on to win its maiden World Cup trophy.