Team India To Play South Africa On December 26th - But Why This Date?

Due to a rise in covid cases, Cricket South Africa had to reschedule the dates for India's tour of SA. The tour was to commence on December 17th, but now the first match will be played on December 26th at SuperSport Park, Centurion. The T20Is to be played on this tour were indefinitely postponed, but a test was scheduled for December 26th, and its date remains the same. What is so special about this date? 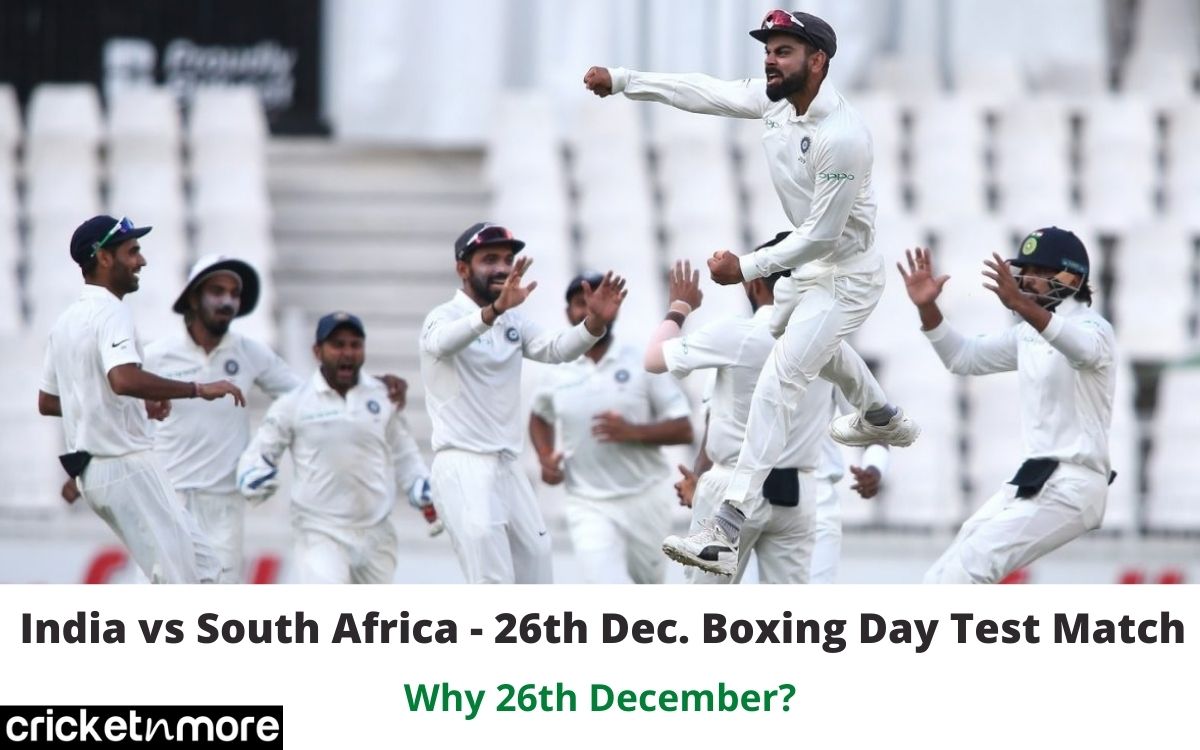 Furthermore, even the third Ashes test will start on this particular date at Melbourne Cricket Ground. Not only this year, every year the matches are scheduled as such that a test is played on this day - in 2020, 3 test matches started on December 26th. (Australia vs India at MCG, New Zealand vs Pakistan at Bay Oval, Mount Maunganui & South Africa vs Sri Lanka at SuperSport Park, Centurion). If one has observed closely, they'd have read the term 'Boxing Day' associated with these tests which are played from 26th December. What is Boxing Day and what is its relevance in cricket?


No One Will Turn Up If The Ashes Test Is Hosted At Hobart, Says Shane Warne

Boxing Day Tests were originally recognized in Australia. Many trivial pieces state that the Test which is played on 26th December at Melbourne, Australia is called the Boxing Day Test. Before the international test matches, the traditional Boxing Day match would be played between Victoria and New South Wales (Sheffield Shield), originating in 1865. However, due to this Boxing Day match, the players were unable to celebrate Christmas with their families and hence, the tradition was put to a halt.

Factually, the day after Christmas, 26th December, is celebrated as Boxing Day throughout the United Kingdom, Australia, New Zealand, Canada and many commonwealth countries. Here 'boxing' doesn't refer to the sport which is played inside the ring, but it refers to a box. Churches or Privileged people used to distribute gift 'boxes' among the needy on Christmas and after finishing all the work & celebrations, these gift boxes were opened on 26th December and hence the day was celebrated as 'Boxing Day'.

This day is also celebrated as Saint Stephen's Day. Many matches of various sports are organized on this day but cricket popularized it the most. New Zealand & South Africa copied this tradition and started playing test matches on 26th December and were called 'Boxing Day' tests. On this day, the games are watched with full enthusiasm by the audience. Consequently, Melbourne Cricket Ground holds various attendance records for this day - a record 91,112 fans were present in the stadium in 2013 for the test match against England. One of the reasons for such a huge turnout is that this day is an official holiday in these countries.

Let's have a look at South Africa vs India 'Boxing Day' tests records: