The 1st warmup match between India and County Select XI, which was being played in Durham, ended in a draw on Thursday. Although many of their first-choice players didn't play the game, there were a few takeaways from the match that Ravi Shastri and Virat Kohli might have noted. 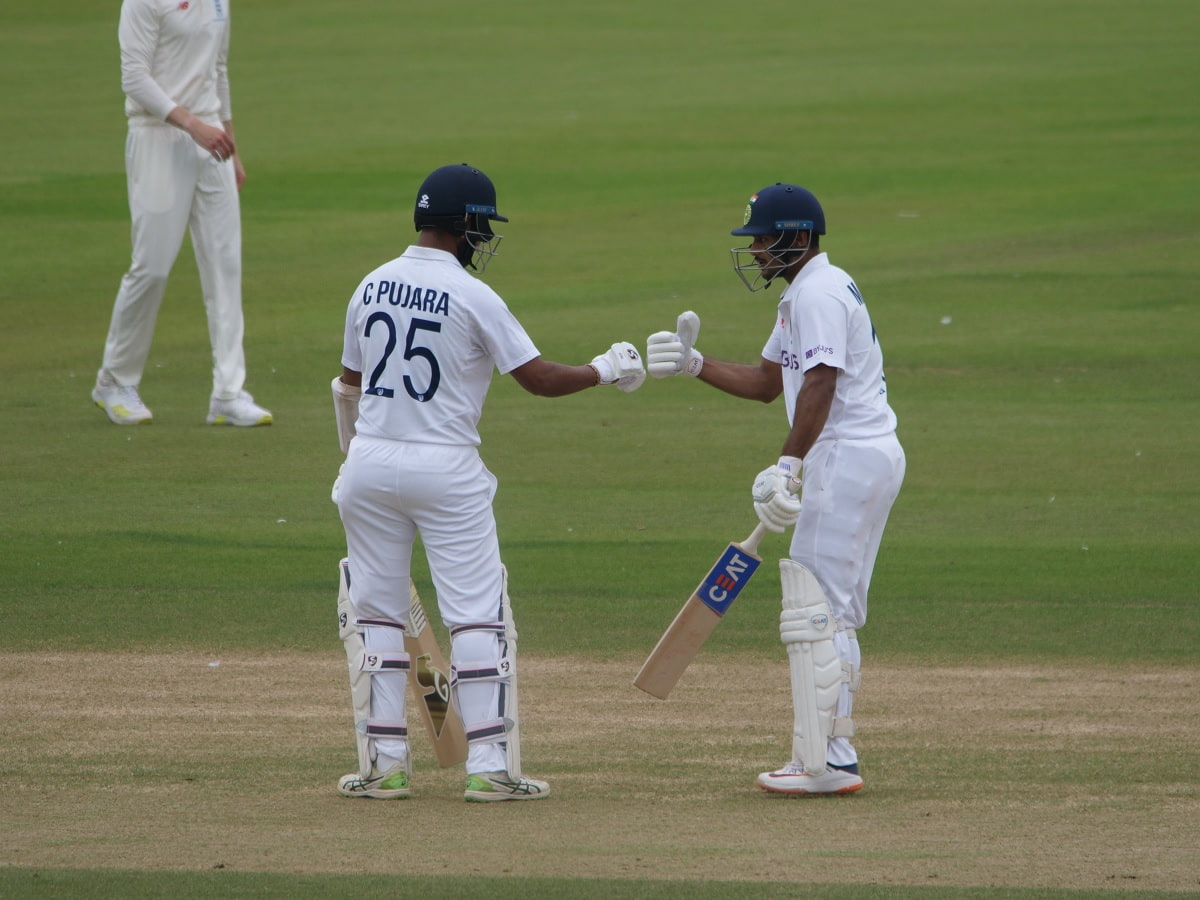 The first and foremost was the way KL Rahul and Ravindra Jadeja batted. Focussing on Rahul, he has made himself worthy of getting into the Indian middle-order. He not only has a good defense, but can freely play his shots as well. Although Rahul hasn't played a test since 2019, his returns in the ODI setup and the century in the warmup match, coming in at number 5, make a good case for him.

Jadeja, since 2019, has proved himself to be a batter, independent of his bowling. His form with the bat was the reason behind India playing him in the World Test Championship(WTC) Final against New Zealand in June, even if they had to comprise on one fast bowler. In the warmup match as well, the left-hander scored two fluent fifties.

The number eight spot is where Indian management will scratch their heads. With Jadeja playing as a specialist batter, who can also provide quality spin bowling, India might go in with Shardul Thakur as the fourth seamer ahead of another spinner - R Ashwin.

The toss-up between Ashwin and Shardul will be decided considering how the pitch behaves throughout the five days since both have the batting ability but India can't make the same mistake of playing two spinners on seamer-friendly conditions.

Coming back to the middle-order, for India to make a place for both Rahul and Jadeja, one batter will have to sacrifice. Considering Virat Kohli, Ajinkya Rahane, and Rishabh Pant as confirmed batters in the playing XI, then Cheteshwar Pujara's place comes into question. Although India might not want to discard Pujara's place in the XI as of yet, despite ordinary returns in the recent past.

So the best place for Cheteshwar Pujara to bat is in the opening slot along with Rohit Sharma, which means sacrificing Mayank Agarwal. The opening slot is an area of concern for India since Rohit hasn't looked confident against the new duke ball and Mayank Agarwal hasn't opened the inning for a while.

Getting Pujara to open will be advantageous due to his strong defence and ability to play the new ball well. He has opened the innings five times in test matches and has scored 348 runs and averages 145. In the warmup match, he opened in the second inning and scored 38 off 58, which means the management is also giving him more time to play the new duke ball.

The positive thing for India is that it has five test matches, which means if opening with Pujara fails, then Mayank Agarwal, who had a good warmup match as well returning with the scores of 28 & 47, will be ready with his batting pads on in following tests.

Selecting the playing XI for the first test will be a headache for the team management and not a good one. Although a few decent performances by the batters will be a confidence booster.

The first test match between India and England will begin on 4th August at Trent Bridge.