Rajasthan Royals Have A Great Chance Of Winning IPL 2022

Rajasthan Royals are currently 2nd in the IPL 2022 points table with eight wins and five losses in 13 matches. 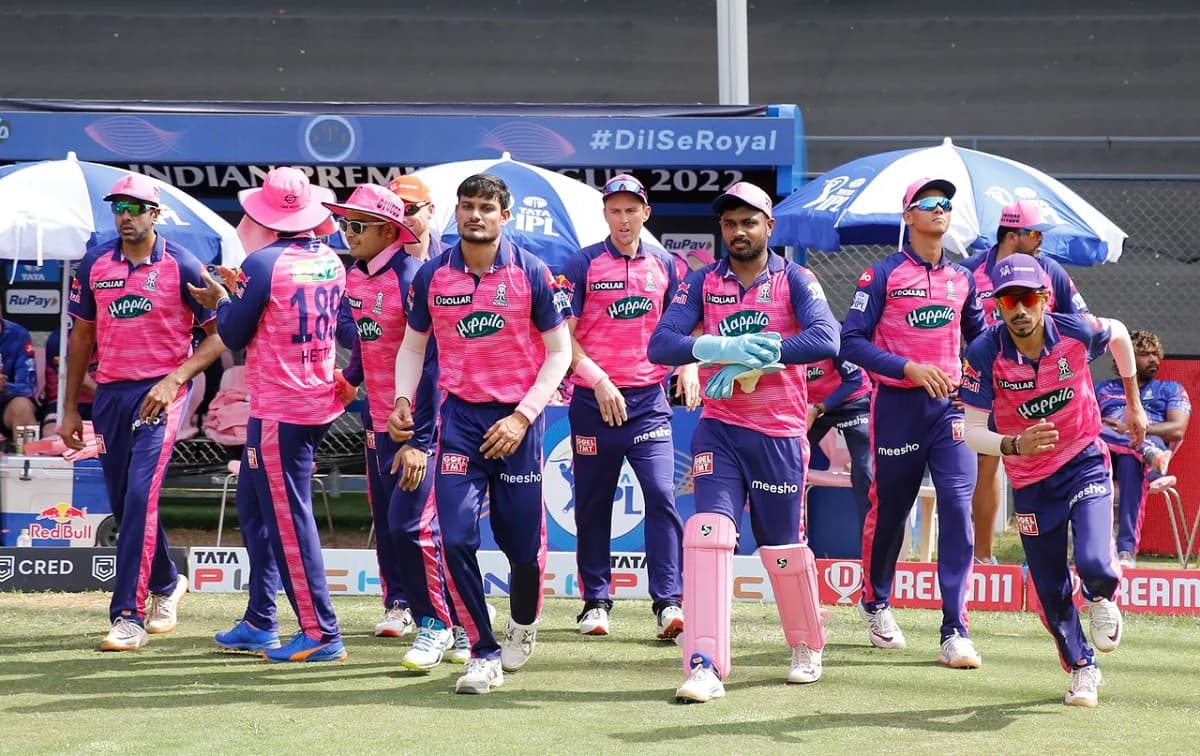 Rajasthan Royals are on the verge of qualifying for the playoffs of IPL 2022. They are currently 2nd in the points table with eight wins and five losses in 13 matches. The Royals have been very tactically sound this entire season. From promoting Ashwin in the batting order to retiring him out - the Royals have been quite different from the rest of the teams.

RR retained Jos Buttler, Sanju Samson, and Yashaswi Jaiswal ahead of the IPL auction. They got Devdutt Padikkal and Shimron Hetmyer from the Auction to build a strong top five. The idea was to have at least one solid hitter in all phases from these five batters.


Tilak Varma's Temperament In IPL 2022 Has Been Fantastic, Says Gavaskar

Buttler and Jaiswal in powerplay; Padikkal and Samson in the middle overs; Hetmyer in the slog overs. However, RR realised they didn't have batting depth and the injury to Nathan Coulter-Nile didn't help.

R Ashwin was their number seven and then a long-tail followed. At six, they had Riyan Parag, who is yet to prove his consistency playing in a difficult position as a finisher. They decided to make use of Ashwin's batting ability to lengthen their batting.

Whenever RR lost an early wicket, they sent Ashwin to bat at number three. The other batter, mostly Buttler, had to take control of the powerplay while Ashwin rotated the strike and hit boundaries when he got an opportunity. The idea was to delay the entry points of the rest of the batters.

Padikkal and Samson arrived at the crease to control the middle overs. The second half of the innings was the ideal entry point for Shimron Hetmyer to come so that he can give the perfect finish. Riyan Parag's role was also to strike the ball from the first ball. On most occasions, the role clarity helped the Royals to post a decent enough total for their bowlers to defend. 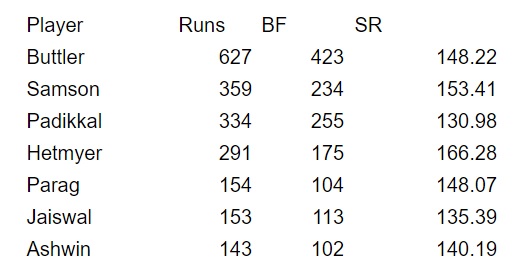 In the bowling, the Royals bought two high-quality spinners - Yuzvendra Chahal and R Ashwin. One attacks, the other defends. These two have combined to pick 35 wickets - the most wickets amongst spinners this season. Chahal is the purple cap holder currently with 24 wickets.

Their pace bowling has been fantastic as well. In Trent Boult, they have got a perfect new ball bowler. Prasidh Krishna has a great all-phase value. These four bowlers formed the core of the bowling group. RR have the best economy in powerplay - 6.75 and taken 2nd most wickets in this phase 21.

For the fifth bowler, they got Kuldeep Sen and Obed McCoy for the most games. They even tried James Neesham and Daryl Mitchell in a few games. 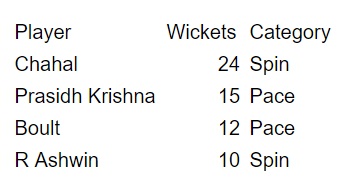 Rajasthan sorted out eight players and only hoped for the rest of the three players to play the supporting role. On most occasions, it has worked due to their role clarity. Get a high-quality core and let them take care of the things.

Going by how things have panned out so far, Rajasthan Royals are the dark horse of this season and this might be the best chance of them winning the IPL title, something they have struggled to get hold of since the triumph of IPL 2008.