Till 1995, South Africa was not known for producing world-class spinners. Only Hugh Tayfield and Aubrey Faulkner were known by a few who could turn the ball while playing for a country known for its pacers. 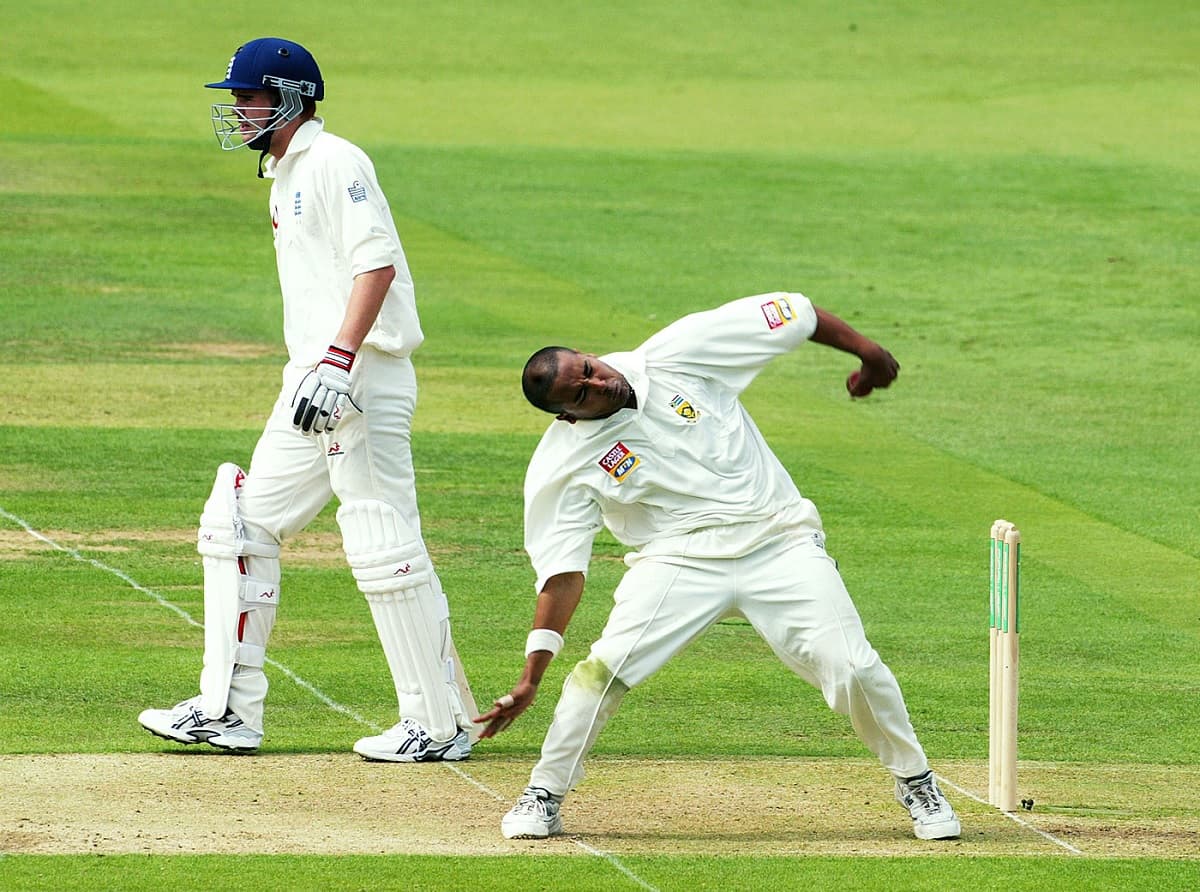 Adams was unique, indeed. He went through his run-up taking long steps and then jumped high. He did everything to make the batter uncomfortable during that jump. His arm went full circle, his head down. Mike Gatting perfectly described him - A frog in a blender.

Paul Adams played against England in the warmup match before the series. Adams removed the likes of Alec Stewart, Graham Thorpe, and Graeme Hick in the match. He ended up taking nine English wickets.

He made his debut in the fourth test at Port Elizabeth. But of course, he was Paul Adams, something unique had to happen. Selected for his bowling, Adams won South Africa the match with his batting.

The hosts were down to their last batter, Adams, with 171 on the board in reply to England's 153. Dave Richardson was at the crease with him as the pair added 73 runs for the last wicket. It was the highest partnership of the match, which eventually resulted in a South Africa win.

Paul Adams took 31 wickets in his first three series at an average of 25.06. He was already in comparisons with Hugh Tayfield and Aubrey Faulkner.

After a successful first three years of his career, batters started to find him playable. His action was not effective anymore, he had to do something with his wrist to turn the ball. He was subject to a variety of criticisms. It was said he was in the team due to political pressure. Chants of tokenism and political expediency echoed in the South African camp in 1998 when Adams was added to the playing XI in place of Pat Symcox.

Paul Adams worked on his spin bowling with Terry Jenner, who mentored Shane Warne, after being eventually dropped from the side. In 2002, Paul Adams became the first colored South African player to take 100 test wickets. Adams, despite being in news for all the wrong reasons showed his uniqueness in the field.

Adams was dropped in 2004 and never played again for South Africa. He was picked in 2006 but didn't find himself in the XI. He decided to call it quits at the age of 31 with 134 test wickets, as South Africa's sixth-highest wicket-taker in Tests.

It was a career that started with suddenness ended in a similar fashion. However, he made a mark to prove why the politics didn't matter when picking him in the team. It was a unique end to an unorthodox career. Paul Adams was unique and unorthodox.