Here a few takeaways from the 1st ODI Match between South Africa and India on January 19, 2022 (Wednesday) at Boland Park, Paarl. 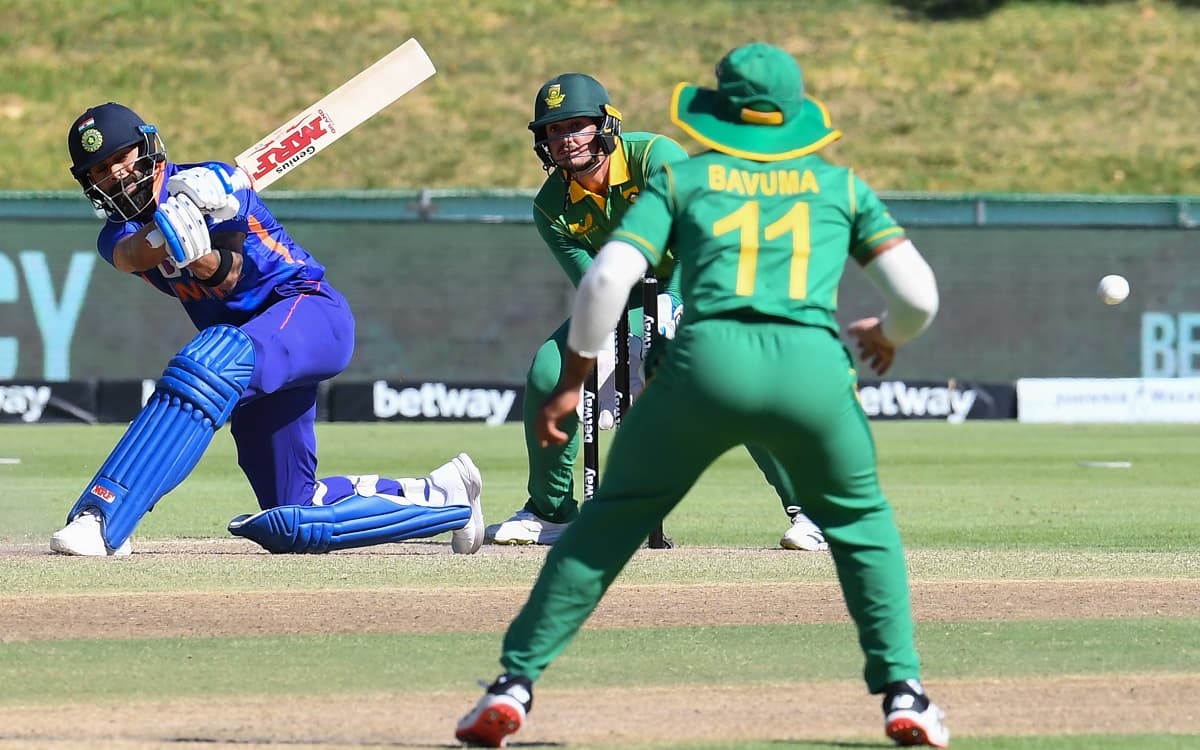 In the first ODI between South Africa and India, played at Boland Park, Paarl, South Africa emerged victorious by 31 runs. This was the first ODI for team India with Virat Kohli playing as a batter and not a captain in the last seven years.

South Africa after winning the last two tests were carrying huge momentum with them. South African captain Temba Bavuma and Rassie van der Dussen etched a partnership of 204 runs to lead the hosts to a total of 296. India started well as Shikhar Dhawan and Virat Kohli stitched a partnership of 92 runs. However, Indian batting lost the plot in the middle overs as they lost the last 6 of their 8 wickets for mere 62 runs, losing the match by 31.

However, there were a few takeaways from this encounter for the 1sr ODI Match between South Africa and India on January 19, 2022 (Wednesday) at Boland Park, Paarl.

Shikhar Dhawan was sidelined from the international circuit due to the absence of ODI cricket from the Indian cricket schedule. However, 'Gabbar' marked his return as he acted as the aggressor for the Indian team, taking the team total across 50 runs in 9 overs. Dhawan scored 79 runs off 60 balls with 10 fours.

Along with Shikhar Dhawan, former captain Virat Kohli also showed positivity as he smacked the second delivery he faced for a four. Even though Kohli struggled to find the boundary as consistently as an Indian fan would like, but he kept the scoreboard ticking regardless, scoring 51 runs off 63 balls with 3 boundaries. Virat Kohli stitched a partnership of 92 runs with Shikhar Dhawan.

Rishabh Pant batted at the number four spot in the batting order even though KL Rahul had hinted at Shreyas Iyer being the #4 for India in this match. This was not the first time Pant has been handed the responsibility, he has been trusted in the batting order at #4 to send a message that the Indian team is looking at Rishabh Pant as the regular number 4 in the limited-overs. Pant scored 16 runs off 22 balls before he was unluckily dismissed by a wide delivery by Andile Phehlukwayo.

4. Shardul Thakur Good Enough To Be The 'Finisher'?

Ravichandran Ashwin batter at number seven, which was traditionally Dhoni's spot to bat on. This clearly implies that India's search for a genuine finisher has not yet succeeded. Venkatesh Iyer, batting at #6, wasn't able to play as freely as he would like on his debut and was dismissed after scoring 2 runs off 7 balls. However, Shardul Thakur, who was sent at # 8, played a quick knock of 50* in 43 balls, aided by 5 fours & a six, completed his maiden ODI half-century even though he was fighting a lost battle. Thakur may be sent up the order to explore and exploit his batting abilities further.

India will face off against South Africa in the 2nd ODI at the same venue - Boland Park, Paarl, on Friday (21st January). India are 1-0 down in the 3-match series and bounce back the same as the hosts did in the tests after losing the first match and going on to win the series 2-1.