Players with most runs, most wickets, most catches, most fours, most sixes & other interesting stats from IPL 2022 league stage matches. 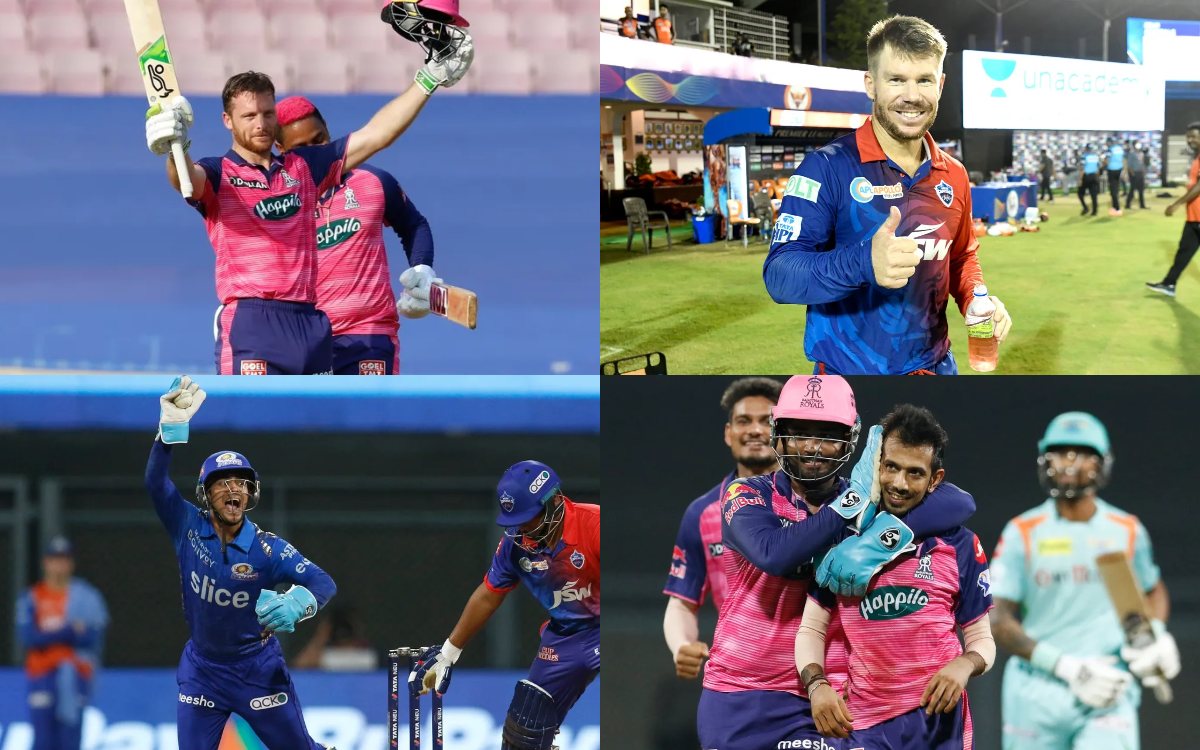 With the league stage of the 15th season of the Indian Premier League concluded, we have 4 teams who have reached the playoffs - Gujarat Titans, Rajasthan Royals, Lucknow Super Giants & Royal Challengers Bangalore, where only one team has won the IPL before (RR in 2008) while two franchises have been introduced this year - GT & LSG. RCB are through to the playoffs for the third consecutive team, being the only team to do so since 2020.

After 70 matches in the league stage, many players from the 10 franchises gave it their all in the biggest domestic T20 extravaganza in the world. However, with 4 teams making it to the playoffs, 6 teams also had to be eliminated from the competition, despite some of them having good team combinations and performances.


GT vs RR: A Faceoff Between Teams With Fierce Bowling Attacks in Qualifier One

Here are a few important statistics and leaderboards after the group stage of IPL 2022.

Jos Buttler continued to hold the Orange Cap almost throughout the season and is still atop the list with 629 runs to his name in 14 matches. Rajasthan Royals are set to clash against Gujarat Titans in Qualifier 1, and that means the explosive opener can play at least two more matches this season.

Lucknow Super Giants' captain KL Rahul ranks next with 537 runs in 14 innings, followed by his opening partner Quinton de Kock with 502 runs in 14 matches. LSG will be facing off against Royal Challengers Bangalore in the Eliminator and can move forward with a win.

Jos Buttler leads all batting charts despite going through a rough patch in the second half of the tournament. The RR opener has smacked 56 fours in the season, followed by Delhi Capitals' David Warner with 52 fours. However, Warner played 12 matches whereas Buttler played all 14.

Delhi Capitals' David Warner has smacked the most fifties in IPL 2022 with 5 fifties to his name. Warner is followed by Liam Livingstone, Hardik Pandya, Deepak Hooda & Shubman Gill, all of them having 4 fifties to their name.