Has West Indies cricket managed to rediscover its glorious era? 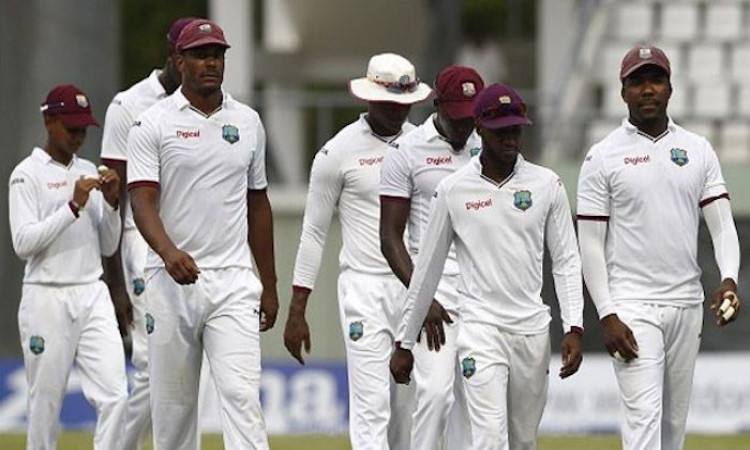 New Delhi, Feb 7 - After years of being down in the dumps, West Indies cricket seems to have rediscovered some of the spirit of their illustrious predecessors.

It is not a mere coincidence that the Windies have taken an unassailable 2-0 lead over second-ranked England in the ongoing three-Test rubber. But with most teams shifting their focus to coloured clothes given the fact that the ICC ODI World Cup starts merely three months from now, the progress of the Caribbean side in the longest format can be easily converted to the 50-over format, making them one of the dark horses for the marquee tournament in England and Wales.

England came into the series as overwhelming favourites over the ICC No.8 ranked Caribbean side after having whitewashed Sri Lanka 3-0 in their own den, and outclassing India 4-1 at home.

But Joe Root's men were taken aback by the outcome of the opening two Tests, where they were humbled by 381 runs in the first game and then by 10 wickets in the second fixture.

The rise of the West Indies isn't an overnight miracle or down to individual effort, but after the disastrous tour to India, where they were clean swept 0-2 last October, the Caribbean team have done their homework right and the results are a proof of that.

What's inspiring for the Windies is that despite the absence of superstars like Chris Gayle, Dwayne Bravo and Darren Sammy, the young Jason Holder has managed to lead the side from the front with his maiden double century in the first Test against the Englishmen.

Plagued by the lack of a robust grassroots development programme that could supply quality players regularly, the Windies managed with the limited resources in their arsenal, in the form of the pace quartet of Kemar Roach, Shannon Gabriel Holder and Alzarri Joseph, who shot out the Englishmen for a paltry 77 in the first innings of the first Test.

Centurions Holder and stumper Shane Dowrich raised their hands with the willow in the second essay to put the hosts in the driver's seat as England eventually crumbled to a 381-run loss.

Shaken by the unexpected result, one expected the visitors to come back hard in the second game but the West Indians were well prepared and it was once again the quickman Roach, who stood tall among the bowlers, taking 8 wickets (4 in each innings) to dismiss England twice under 200.

The hosts rode on a collective batting effort to easily tame the target and hand the hosts a comprehensive 10 wicket win, and a 2-0 unbeatable lead.

The third Test starts at the Darren Sammy National Cricket Stadium in St. Lucia on Saturday, and it will be interesting to see whether the hosts can carry the momentum and hand England a whitewash, or if the visitors can redeem some pride and end the Test series on a high.