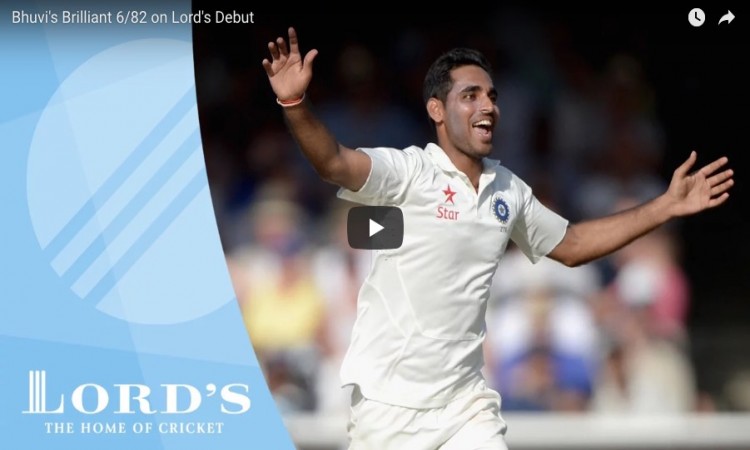 June 22 (CRICKETNMORE) - It's an honour for any cricketer to play at Lords and to perform at the Home of Cricket is a dream for any player.  Getting your name on the Lord’s Honours Board by scoring a hundred or taking a 5-wicket haul in a Test match is, without doubt, an even greater accomplishment.

On his first tour of England in 2014, Indian fast bowler Bhuvneshwar Kumar while playing his first test at Lords took six wickets in the second test of the series. He became the 13th Indian bowler to get his name on the Lord’s honours board.

Because of his brilliant bowling, England were not able to take a big lead and later lost the test.

Flashback: The Magical spell of Ishant Sharma against England at Lords (Video)