Flashback: The Magical spell of Ishant Sharma against England at Lords (Video) 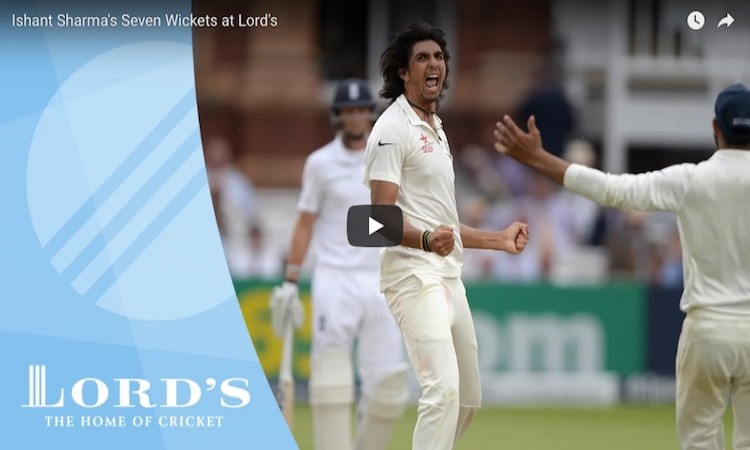 June 21 (CRICKETNMORE) - During India's tour of England 2014, Ishant Sharma produced one of the most memorable spells in the history of Indian fast bowling by taking a seven-wicket haul against England which helped India to win the test at Lords after 28 years. It was a spell of hostile fast-bowling.

England were given the target of 319 to win the test but their batting line-up collapsed against lethal fast bowling by Indian speedster Ishant Sharma. On Day Five alone, he picked up five wickets, all of them off short deliveries. Let's have a look at Ishant Sharma's fiery spell:

ICC releases the Indian Cricket Schedule for next five years