In 1982, India arrived in England for two One Day Internationals (ODIs) as part of the Prudential Trophy, and a three-match Test series. 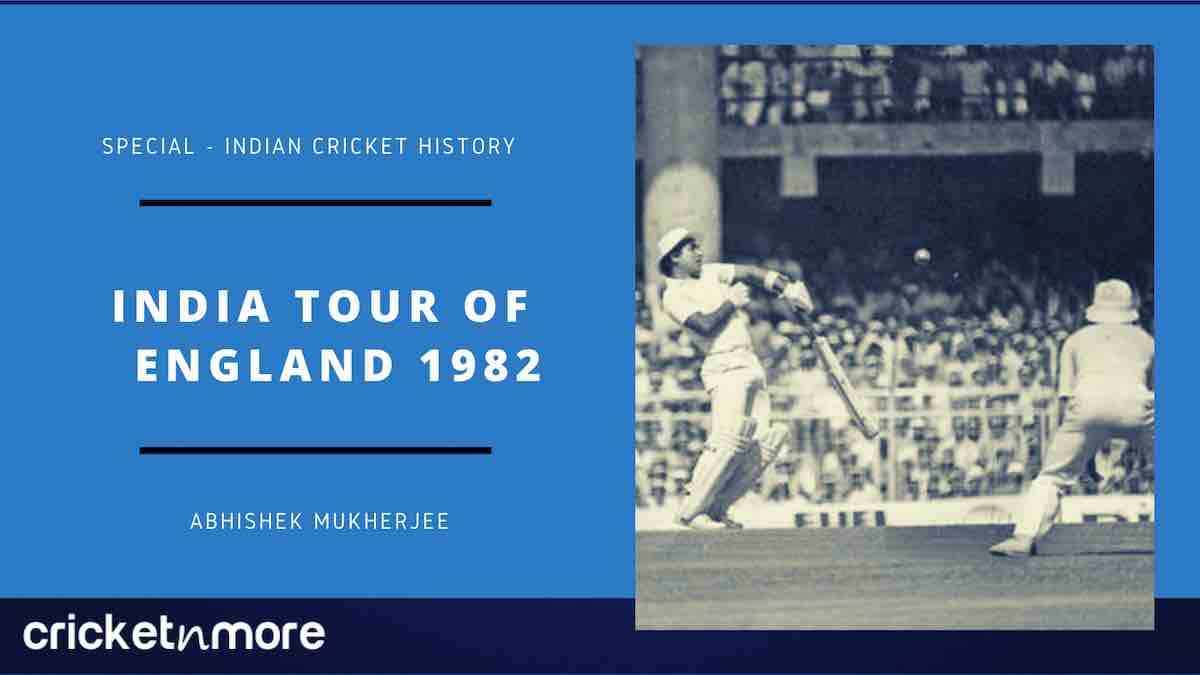 In the first test match at Lords, trailing by 305 runs, India had to follow on but Dilip Vengsarkar came to their rescue. The masterful 157 was his second hundred at Lord's. But India's star of the Test match was Kapil Dev, who first claimed 5/125, then 41 out of a team score of 128, then slammed a 55-ball 89. England needed only 65 to win, but Kapil now bowled unchanged, taking 3/43. He was the undisputed choice as Player of the Match despite India's defeat.

The second Test match, at Old Trafford which ended in a draw, witnessed an incredible onslaught from Sandeep Patil. Coming out at 136/5, Patil finished 129 not out off just 196 balls. He hit England captain Bob Willis for six fours in an over (a seven-ball over, for there was a no-ball).

The third test at Kennington also ended in a draw.

With 292 runs (average 73, strike rate 107) and 10 wickets, Kapil was named Player of the Series as well. The tour elevated his status as one of the finest cricketers of the era.

England beat India in both the ODIs. England won the first ODI at Leeds by 9 wickets and second at London by 114 runs. Allan Lamb, who made his ODI debut for England in the series, and scored 134 runs, was named the player of the series along with India's Kapil Dev, who scored 102 runs in the two games.