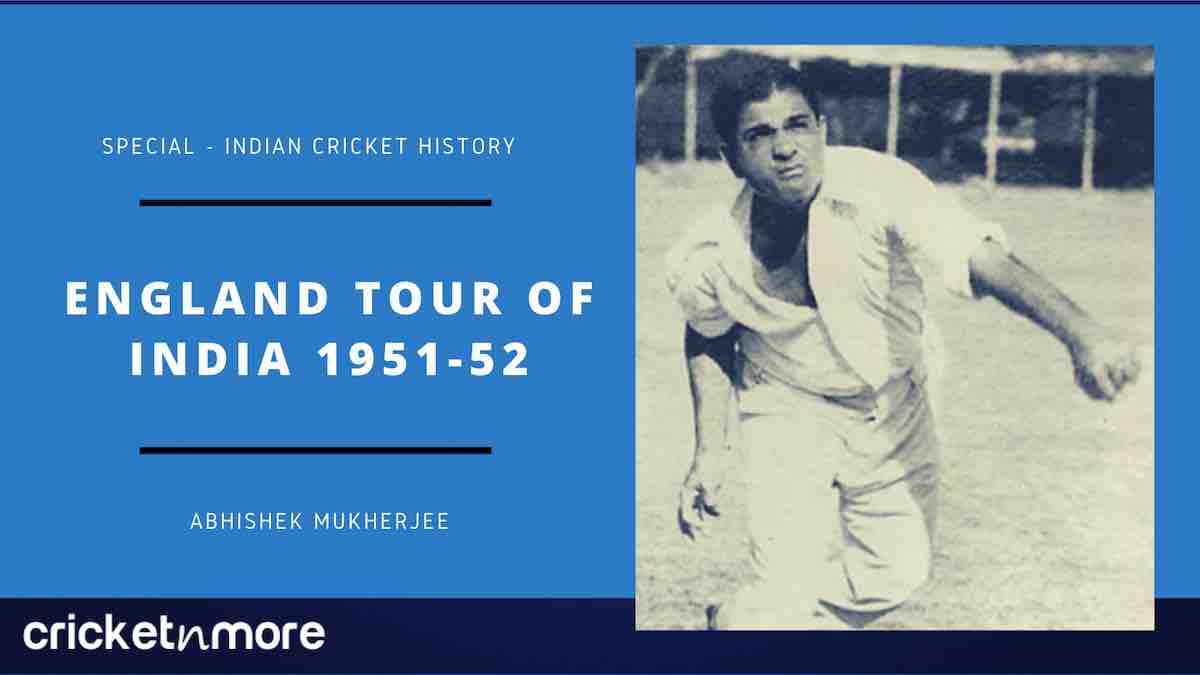 England toured India for a five-Test series in 1951/52. This was an inexperienced squad, with eight uncapped cricketers. In fact, none of the touring men had played 10 Test matches.

But this was the first time a full English side was touring India after Independence, and they got an excellent reception. Crowds lined up from the Bombay Port to the Brabourne Stadium to watch the English cricketers pass.

The teams played five Tests, of which England won the fourth, at Kanpur, and India the fifth, at Madras. Under Vijay Hazare, thus, India won their first ever Test match.

England were 224/5 at stumps on Day 1. But by the time play got over, news of King George VI's death had arrived from England. The rest day was rescheduled after the first day's cricket.

Like many of India's early wins, Vinoo Mankad played key role in the match. He took 8/55 in the first innings as England were bowled out for 266. He finished the series with 223 runs at 31.85 and 34 wickets at 16.79. In a year's time he would play key role in India's first ever Test series win, against Pakistan.

The Indian innings was shepherded by Pankaj Roy (111), who had debuted earlier in the series. The other star of the innings was Polly Umrigar, who had been dropped after four Tests and played only after Hemu Adhikari was ruled out with an injury. Umrigar scored 130 not out.