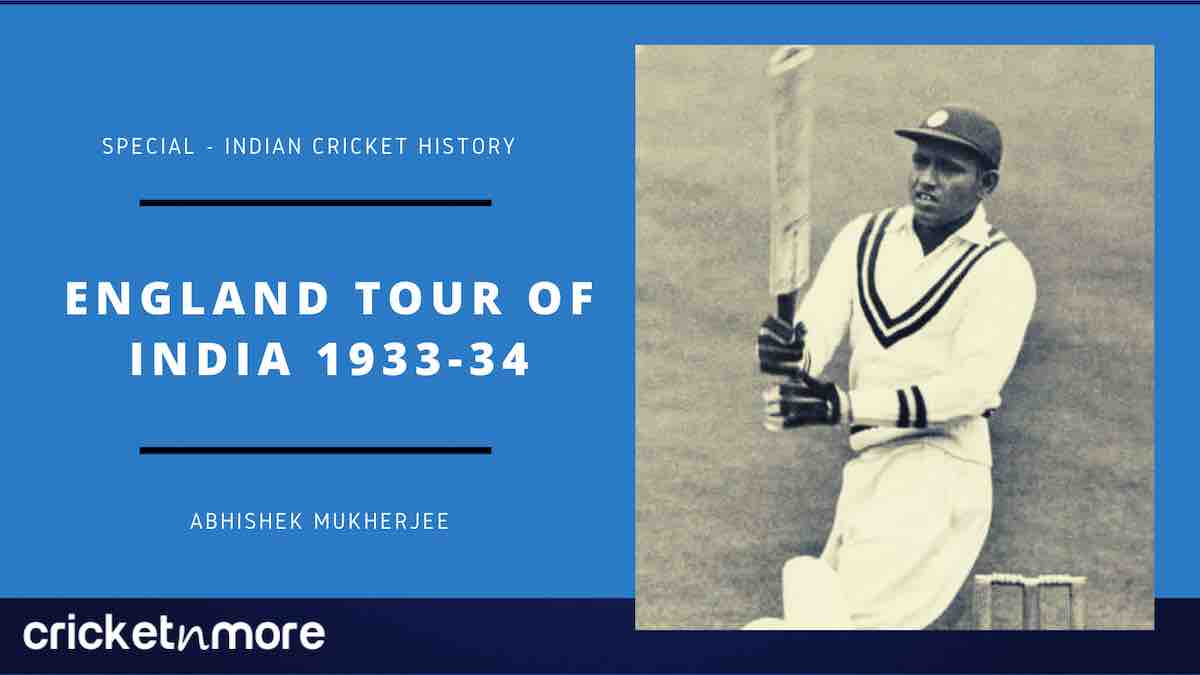 An England team under Douglas Jardine visited India in 1933-34. The long tour featured the only three Test matches on Indian soil before Independence.

The first Test was played at Bombay Gymkhana. This was not as simple as it sounds, for this was a Europeans-only club. The only Indians allowed inside were servants. However, they relaxed the rules for the purpose of the Test match.

The build-up was immense. Government offices were closed. A new stand was built, and even then more people got in than anticipated. Estimates go up to about fifty thousand.

Here, India were bowled out for 219, then England scored 438. India were 21/2 in the second innings when captain CK Nayudu joined debutant Lala Amarnath.

Amarnath scored a hundred in under two hours. Two spectators ran on to the ground to garland him. So excited were the fans that they had to call the police to keep them away from Amarnath.


Virat Kohli Will Be More Motivated After India Did Well In Australia: Moeen Ali