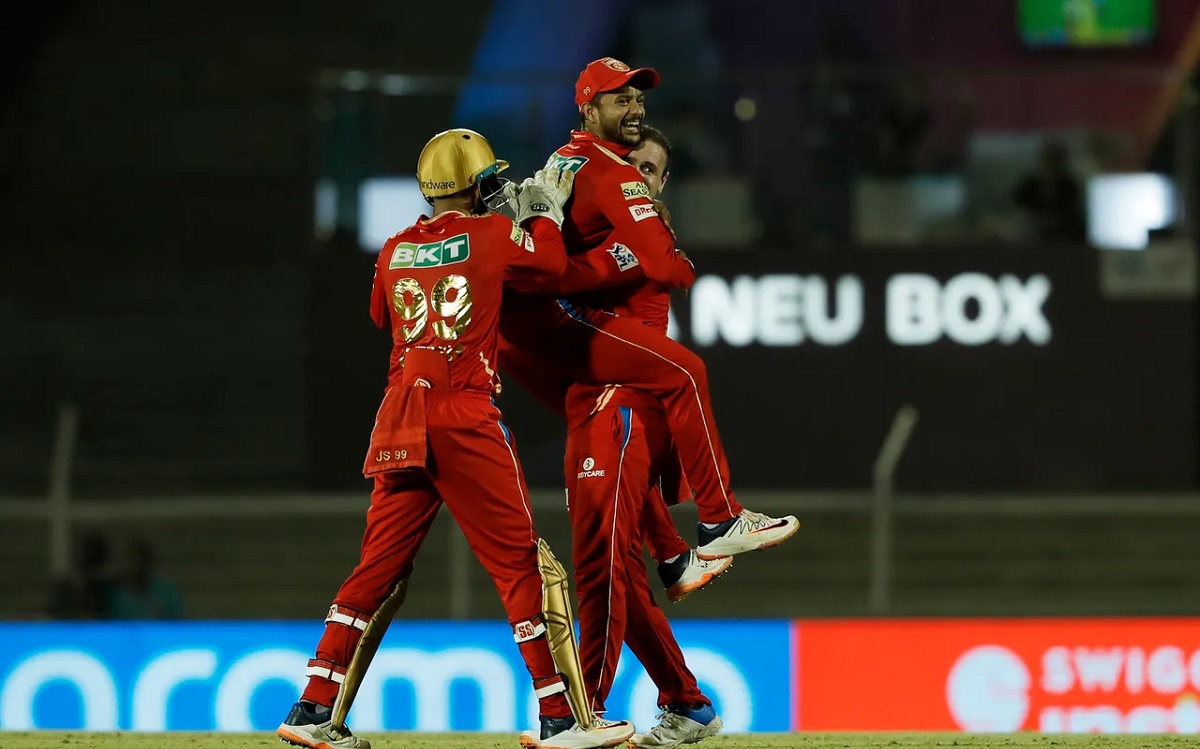 Chennai Super Kings conceded yet another loss in the IPL 2022 as they got outplayed by a fearless Punjab Kings team at Mumbai's Brabourne Stadium. PBKS defended 181 runs in the second inning at Mumbai as they bowled out CSK for 126 runs.

Punjab made two interesting changes to the playing XI - Vaibhav Arora (swing bowler) and Jitesh Sharma (WK-batter) in place of Raj Bawa and Harpreet Brar. The duo's addition got PBKS firepower in the middle order and a pacer to exploit swing conditions.

Despite winning the toss and opting to field first, Chennai couldn't capitalize on the start they had got - picking Mayank Agarwal and Bhanuka Rajapaksa in the first two overs. They didn't have the resources to capitalize.

PBKS was 14/2 in 1.3 overs when Liam Livingstone entered. The powerplay ended with the score reading 72/2. In between, Livingstone ran riot against the ordinary CSK bowling. The Englishman smacked 24 runs ( and two more from wides) vs Mukesh Choudhary, who was given a third straight over inside the powerplay despite being hit for 18 runs in his first two.

Livingstone scored 38 runs in 15 balls inside the powerplay at a strike rate of more than 253. He hit another 22 runs in the next 17 balls before getting out to Jadeja; Livingstone SR, Avg vs SLA - 118, 24 - wonder why CSK didn't gamble him in the powerplay with SLA.

The Chennai bowlers pulled things back in the second half of the inning with their wide-line tactics. Chris Jordan and Dwaine Pretorious only conceded 38 runs from overs 15-20 and picked three wickets to restrict PBKS to 180/8.

Punjab had added Vaibhav Arora into the squad knowing his ability to exploit swing on offer with the new ball.

"Vaibhav can swing the ball both ways, so he is someone who we are excited about," Mayank Agarwal had said at the toss.

Their call on getting him into the playing XI and giving him the new ball ahead of Kagiso Rabada paid off as he got two wickets inside the powerplay - Robin Uthappa and Moeen Ali.

PBKS went full offensive mode as they kept the pacers on for the first eight overs of the inning and got the reward as CSK got reduced to 36/5. Vaibhav Arora completed his four overs while Rabada bowled two and Arshdeep & Odean bowled one. All the four pacers got at least one wicket.

5) MS Dhoni Enters And So Does The Spinner

Dhoni entered the crease at 7.4 overs and in the next over, Rahul Chahar got introduced. Dhoni took the conservative approach. Shivam Dube, on the other end, was trying to keep up with the required run rate and smashed 57 in 30 balls.

But Dhoni couldn't help him during their 62-run stand in 46 balls. In that partnership, Dube contributed 49 in 25 balls while Dhoni made 11 in 21 balls. Dhoni got out scoring 23 in 28 balls.

Along with Chahar, Liam Livingstone was also given the ball when Dhoni was at the crease. Kagiso Rabada finished his fourth over in the 14th over. Chahar and Livingstone bowled the next four overs and CSK got bowled in the 18th over.

While the first five wickets were shared among the pacers, the spinners got the remaining five wickets to hand CSK their third straight loss of the season. PBKS moved up to the fourth spot in the points table.