Bhuvneshwar Kumar would be India's next-gen seamer was decided on the same day he made his debut for India against Pakistan in 2012 where he showed his skills of swinging the ball both ways - a thing which most are unable to do throughout their careers. 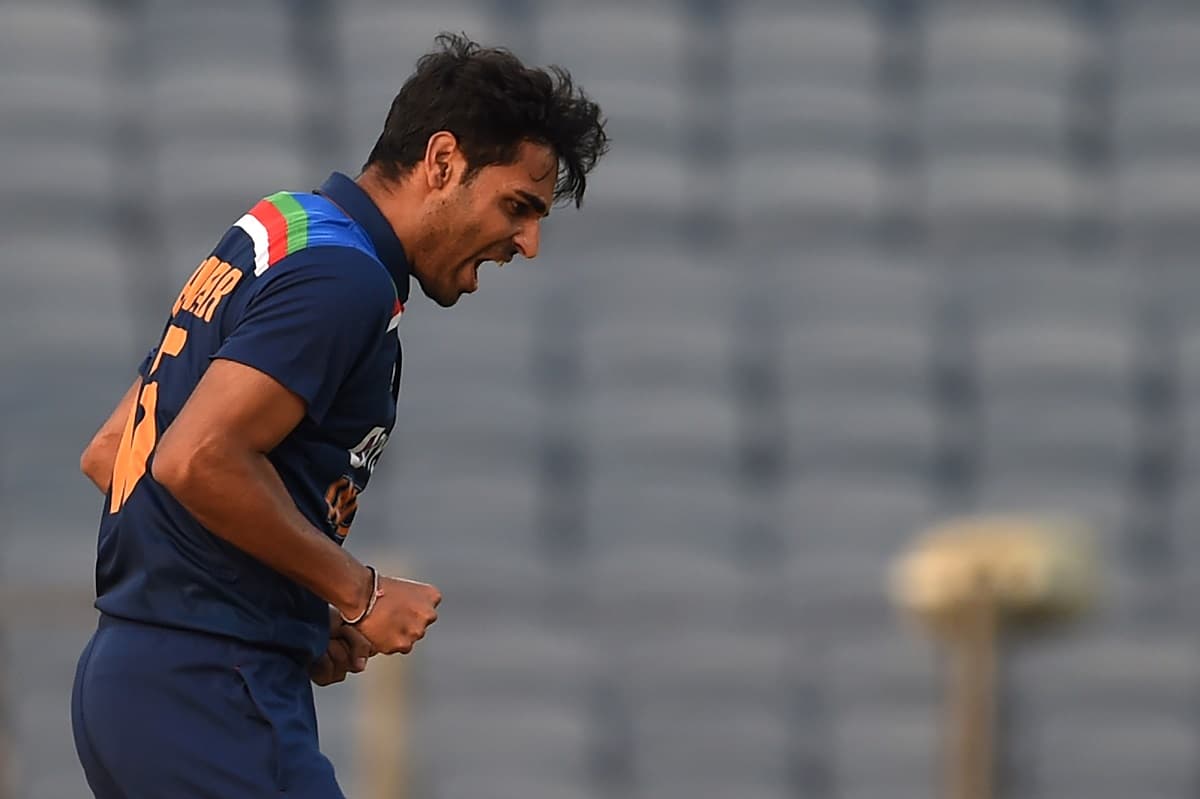 His skills on the show gave a new hope of someone who could make India successful in overseas tours. Indian seamers, till that point, struggled to bowl accurately, let alone pick wickets.

As expected, Kumar made his debut in all formats in no time. He helped India won a memorable test match at Lord's where he picked up career-best figures of 6/82.

But in 2015, he suffered an ankle injury and since then has been struggling to regain full fitness for a long time. The ankle injury was a small one, he now has to deal with hamstring and back injuries which have kept him out of the game.

Back injury is generally a sign of someone who no longer is capable to stretch his limits, especially a fast bowler. Kumar played his last test match in 2018. He bowled in 37 test innings where he took 63 wickets at an average of 26.1 and a strike rate of 53.

Being in and out of the game decreased his chances of him making a comeback into the test side with the likes of Mohammad Siraj, Navdeep Saini, T Natarajan giving the first choice bowlers - Jasprit Bumrah, Ishant Sharma, Umesh Yadav, and Mohammed Shami - a run for their money.

Bhuvneshwar Kumar, though, remains a first-choice bowler for India's limited-overs plans. Post-2018, Kumar has not only added extra pace in his bowling but quite a few other variations.

Since 2019, Bhuvi has bowled in 52 innings for India across the two limited-overs formats in which he has taken 74 wickets at an average of 30 and a strike rate of 30.56. He is India's second-best ODI fast bowler in the last three years in terms of wickets - 48.

In the recently held series against England, Kumar was spot on with his plans and accuracy. He bowled at an economy of 6.98 in T20Is and trouble the batters the most.

Bhuvneshwar Kumar has been a class apart in this series. He's drawn a false shot with 26.3% of his deliveries, the highest of any bowler on either side. As they say - Bhuvi is back. #INDvENG

Considering a marquee upcoming tournament later this year - T20 World Cup - Bhuvneshwar Kumar will be leading India's pace attack along with Jasprit Bumrah. He is the key to India's success in Limited-overs, if not in Test Matches.