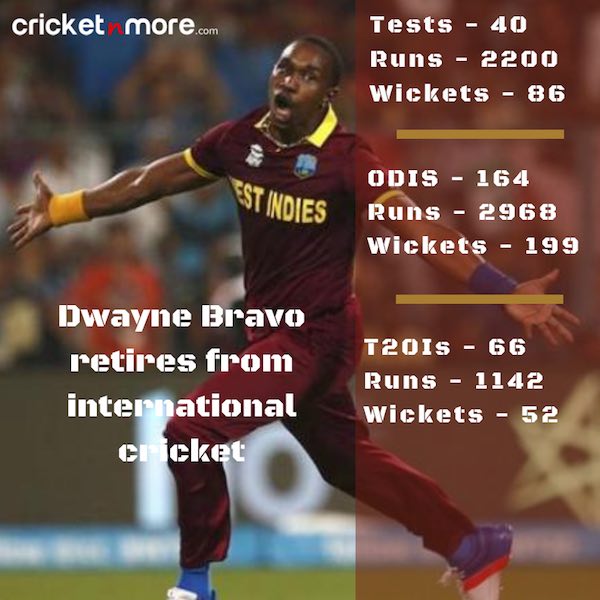 Bravo, 35, made his debut for the Windies in 2004 and starred in their World Twenty20 victory in 2016. In a statement, Bravo said: ‘Today I want to confirm to the cricket world that I have officially retired from international cricket in all formats of the game.