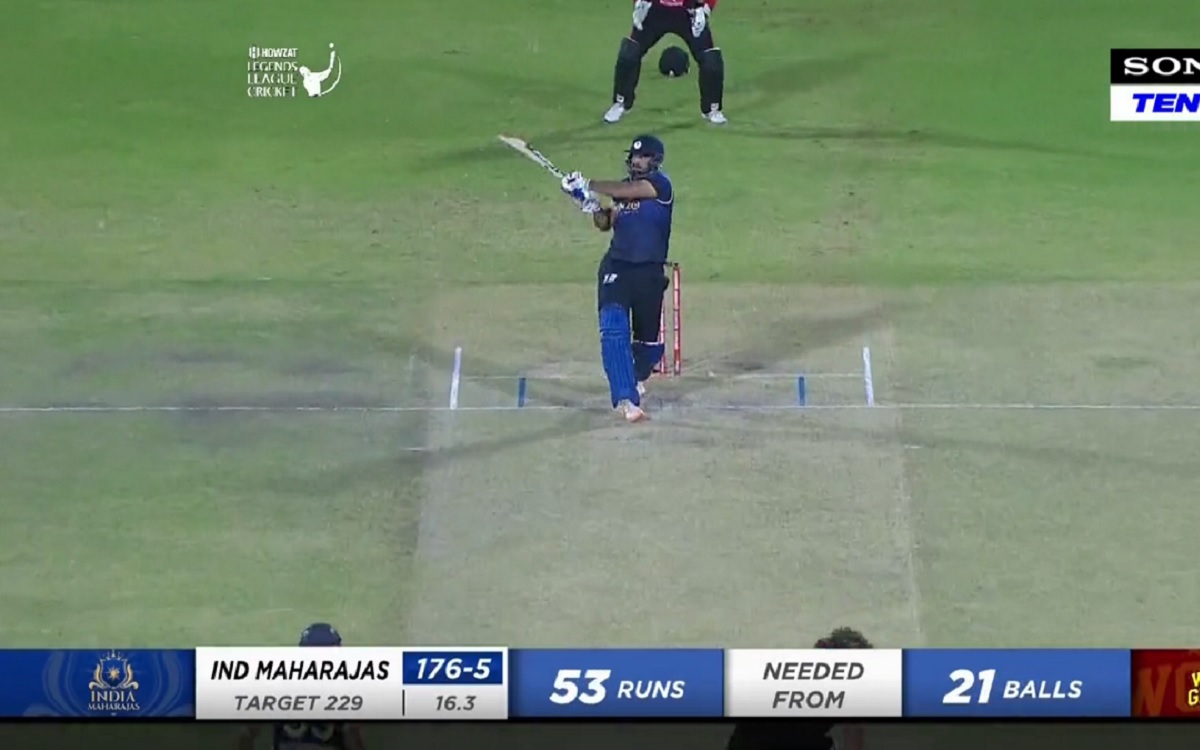 In the 6th match of the Legends League Cricket(LLC), India Maharajas were playing against World Giants.

World Giants smashed 228/5 in the first innings while India almost pulled off the run chase before Brett Lee turned back the clock to defend 8 runs in the last over.

Irfan Pathan gave India the boost after Naman Ojha smashed 95. Pathan smashed 56 runs in just 21 balls with the help of three fours and six sixes before Lee got him out in the last over.

Irfan Pathan gave us a gentle reminder on why he has been widely regarded as one of the best all-rounders for Team India!