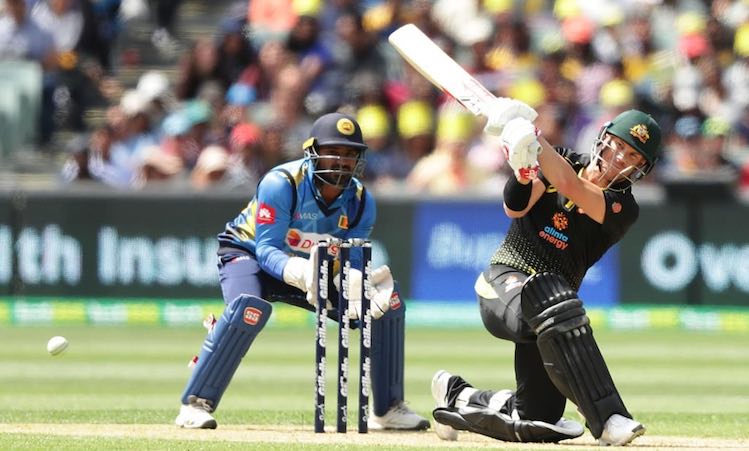 Adelaide, Oct 27 - Birthday boy David Warner on Sunday joined Glenn Maxwell and Shane Watson as the only Australians to have notched up international hundreds in all three formats.

Warner, who turned 33, roared back to form and underlined his class in white-ball cricket as Australia laid down a ruthless marker for the start of their year-long preparations for next year's T20 World Cup at home by sweeping Sri Lanka under the carpet with a 134-run victory in the first T20 here.

Warner smashed an unbeaten 56-ball 100, getting to triple figures in the last ball of the innings as skipper Aaron Finch (64) and the promoted Glenn Maxwell (62) provided the perfect complement to Warner's return after a forgettable tour of England in the Ashes.