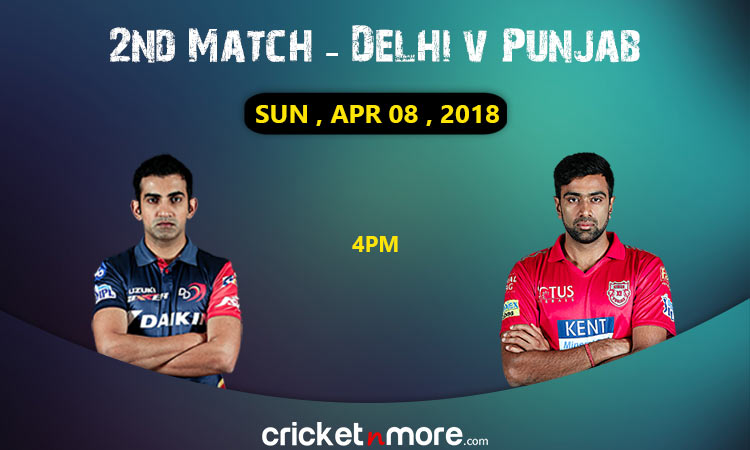 Mohali, April 8 (CRICKETNMORE) - Kings XI Punjab and Delhi Daredevils will both look to end their trophy drought in the Indian Premier League (IPL) by getting off to a winning start when they clash here on Sunday.

Delhi have never lifted the IPL trophy despite having decent squads on occasions in the past and the same goes for Punjab, who also have their trophy cabinet empty after 10 seasons.

Under new leaders Gautam Gambhir (Delhi) and Ravichandran Ashwin (Punjab), both outfits will want to make a fresh start and make the most of the talent pool they have in their ranks.