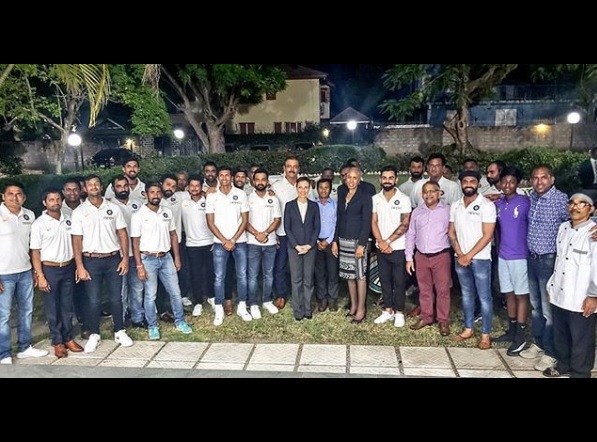 "Team India members attend the official team dinner at the Indian High Commissioner's residence in Jamaica," the BCCI tweeted with a picture.

After winning the T20I and the ODI series, the Men in Blue won the first Test in Antigua by a huge margin of 318 runs and currently lead the two-match series 1-0.

They will next face the West Indies in the second and final Test beginning Friday at the Sabina Park.