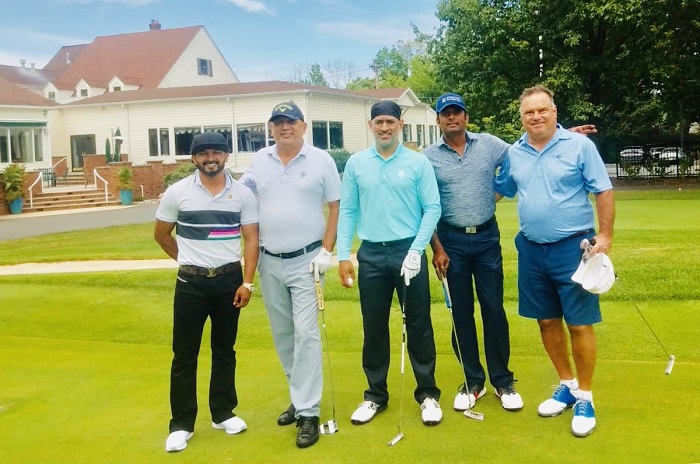 New Delhi, Aug 30: Former India captain M.S. Dhoni celebrated the National Sports Day playing golf with his teammate Kedar Jadhav in the US. Sporting his new bandana look Dhoni was seen flaunting his salt and pepper look with a club in hand alongside Jadhav on the latter's Instagram post.

"Happy National Sports Day to all of you. Remembering Dhyanchandji, the wizard of hockey," Jadhav captioned the picture while dedicating the post to hockey wizard Major Dhyan Chand whose birthday is celebrated as the National Sports Day.

Jadhav is not part of the India Test team currently participating in the two-match Test series against the West Indies. While Dhoni has taken a two-month break from the sport.