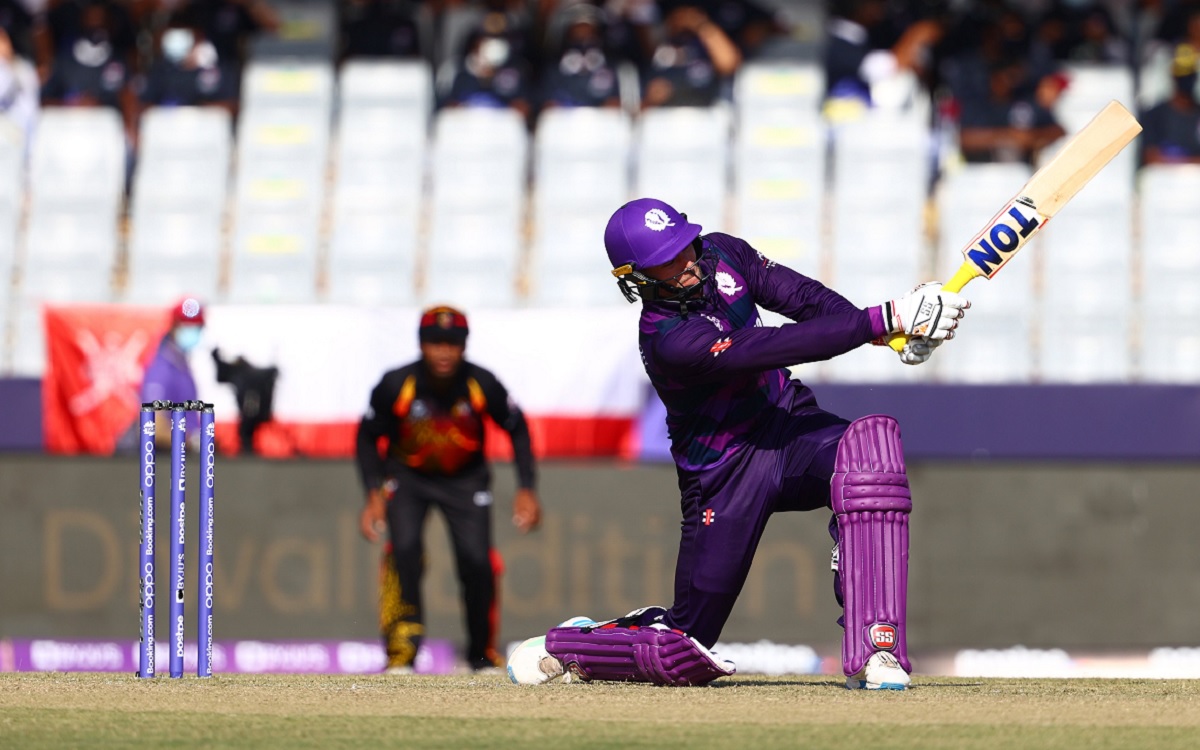 For Papua New Guinea Kabua Morea picked up 4 wickets. In the last over of the innings, being bowled by Morea resulted in 4 wickets for PNG, which included 1 run out and 3 wickets to Morea's name. For PNG, Chad Soper picked up 3 wickets as well while Simon Atai picked up 1.

Scotland captain Kyle Coetzer won the toss & elected to bat first against Papua New Guinea in the 5th match of the T20 World Cup round 1. This match is being played at Al Amerat Cricket Ground (Ministry Turf 1), Al Amerat.