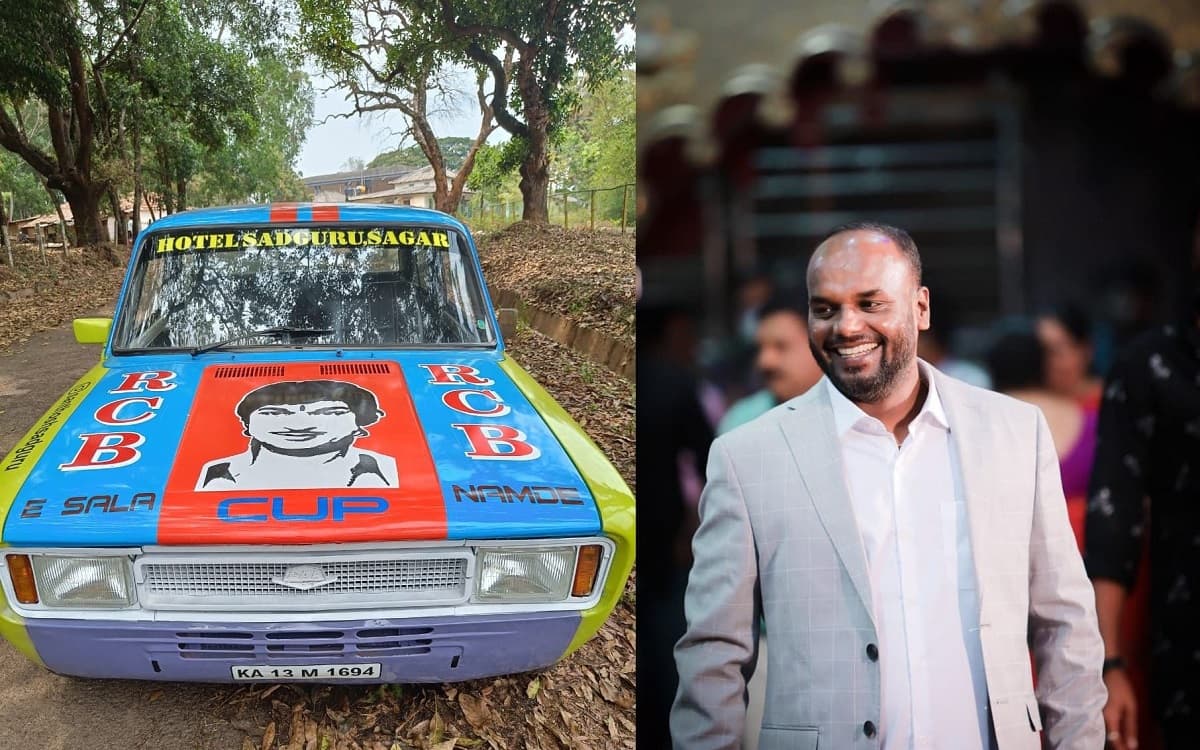 Santhosh Sadguru has taken fan engagement to another level. As the 15th Season of the Indian Premier League (IPL) opened in Mumbai on Saturday, this resident of Sagar in Shivamogga district unveiled a colourful surprise.

An ardent Royal Challengers Bengaluru (RCB) supporter, Sadguru has given his vintage Fiat car a makeover to express his love for the team and in the hope that it will finally be able to break the jinx that has prevented it from lifting the Cup over the past 14 seasons.

He has got the tagline 'ee sala cup namde' (this year the cup is ours), along with the letters RCB, emblazoned on both sides of the vehicle. He has also put up pictures of the late Kannada superstar Puneeth Rajkumar as well as those of his father, the Kannada cinema legend, Dr Rajkumar, and of Vushnuvardhan, another silver screen great of Kannada cinema.

Sadguru said that last year he got a makeover for his Bajaj scooter as an expression of his support for his favourite team; this time he got his favourite vehicle dolled up for the same cause.

When members of his extended family saw what he had done to the car, they wondered if he had gone mad, but eventually, they understood his sentiments. "We have to live our dreams and lead our lives as per our wishes," Sadguru said, adding wistfully: "I hope RCB lifts the Cup this season."