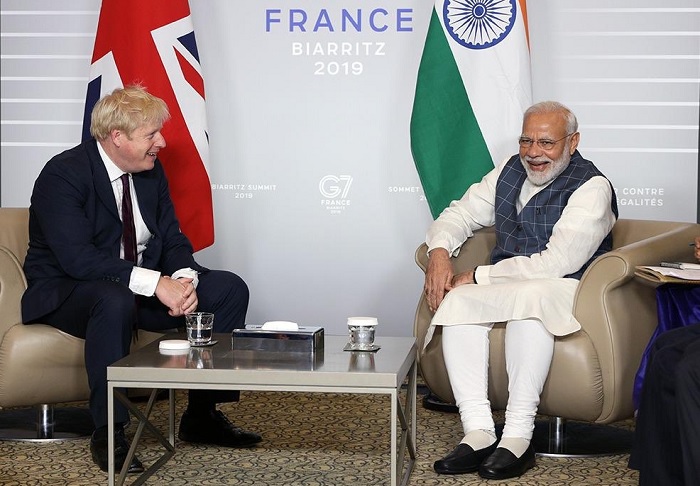 New Delhi, Aug 26: All-rounder Ben Stokes led England to an extraordinary one-wicket win in the third Ashes Test and earned plaudits from multiple fronts. The feat was discussed on the sidelines of the G7 summit by world leaders of Australia, United Kingdom and India.

According to reports, it was India Prime Minister Narendra Modi who broke the news of England's victory to his British counterpart Boris Johnson.

Modi, who has been invited to the G7 summit as a special guest by French President Emmanuel Macron, met Johnson on Sunday and it was then that the the Indian PM broke the news of the win to him.

Australian Prime Minister Scott Morrison congratulated Johnson on the win to which before saying: "Two to go, two to go," referring to the fact that the series was level 1-1 with two more games to go, Johnson replied: "We are not taking anything for granted. It was a hell of a leap."