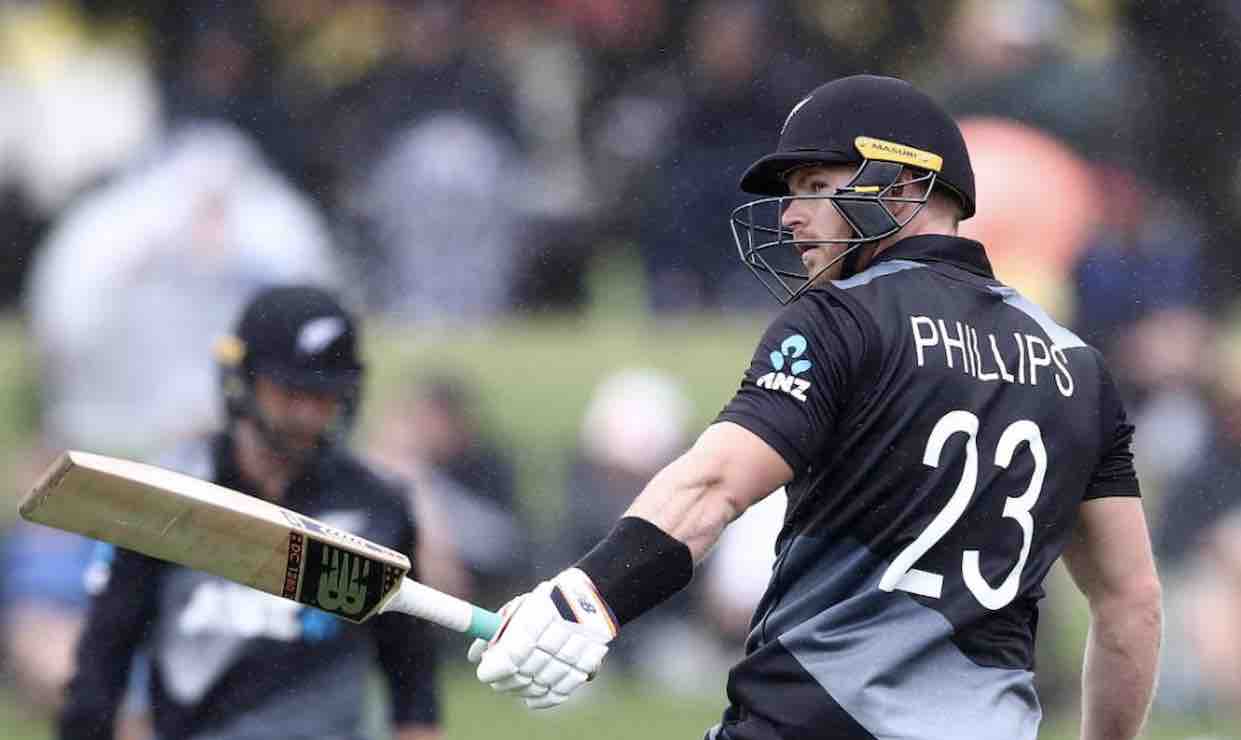 Glenn Phillips smacked the fastest Twenty20 century by a New Zealander as the Black Caps set the West Indies an imposing 239-run target if they are to save the series in game two at Bay Oval in Mount Maunganui on Sunday.

Phillips clubbed his century off 46 deliveries, the 10th fastest in the world and one ball faster than the previous New Zealand record held by Colin Munro.

When he was dismissed on the penultimate delivery of the New Zealand innings, Phillips had scored 108 off 51 balls, with eight sixes and 10 fours, and having featured in a 184-run stand with Devon Conway.

Conway was not out 65 at the close with New Zealand 238 for three.

The West Indies, who lost the first match by five wickets and need a win to keep the three-match series alive, opted to bowl first on winning the toss.

Skipper Kieron Pollard believed the overcast conditions would assist the side fielding first after rain had delayed the start by 15 minutes.

But New Zealand openers Tim Seifert (18) and Martin Guptill (34) were rarely tested as they raced to 49 in 34 deliveries before both fell in quick succession.

Conway and Phillips wasted no time re-establishing the innings, getting the Black Caps to 84 for two at the halfway mark before Phillips opened up with a six and two fours off Keemo Paul.

He continued to pound the boundary after a 20-minute rain break, and received a life on 88 when he belted a high full toss that was caught on the boundary, only to be recalled when replays showed it was a no ball above waist height.