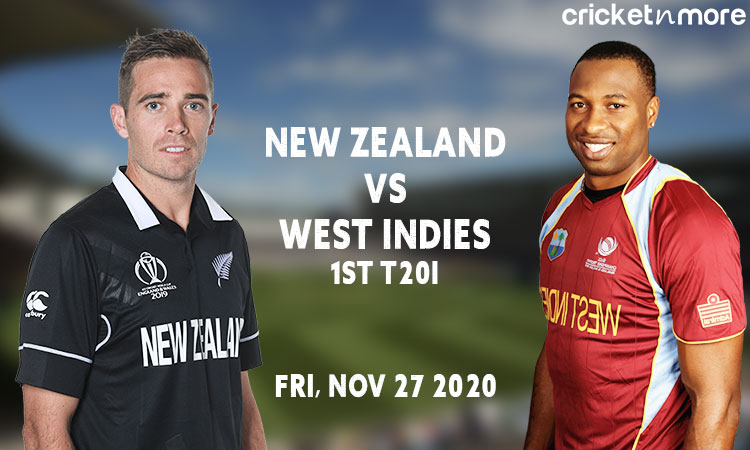 The Black Caps finished on 179-5 after being set a target of 176 in a match where the innings were reduced to 16 overs because of persistent showers.New Zealand bowler Lockie Ferguson was match of the match after claiming a career-best haul of 5-21.

West Indies captain Kieron Pollard was the stand-out performer for the tourists with an unbeaten 75 from 37 balls.

The next fixture in the three-match series is in Mount Maunganui on Sunday.