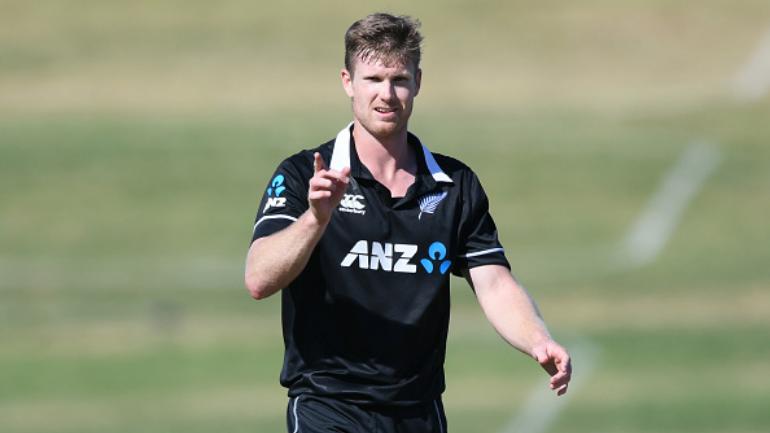 Taunton, June 8 - All-rounder James Neesham returned career-best figures of 5/31 as New Zealand bundled out Afghanistan for a paltry 172 in 41.1 overs in a rain interrupted World Cup clash here on Saturday.

Neesham broke Afghanistan's 66-run opening stand by dismissing Hazratullah Zazai (34) before sending back Rahmat Shah (0) and then cleaning up their middle order with the scalps of skipper Gulbadin Naib (4), Mohammad Nabi (9) and Najibullah Zadran (4) in no time.

For the Afghans, who are yet to win a game, Hashmatullah Shahidi scored a defiant 59 but it was not enough to take them past the 200-run mark after they were put into bat by Kiwi skipper Kane Williamson.

Besides Neesham, tearaway quick Lockie Ferguson took 4 wickets, giving away 37 runs in 9.1 overs. Ferguson ended Aftab Alam's 14 run cameo as he was caught by wicketkeeper Tom Latham who took as many as five catches behind the stumps.

Cops To Initiate Action After Fan Breaches Security To Meet…

India vs England: LED Lights Go Off For A Minute,…

Fans Avoiding To Sit At Top Floor Of Narendra Modi…